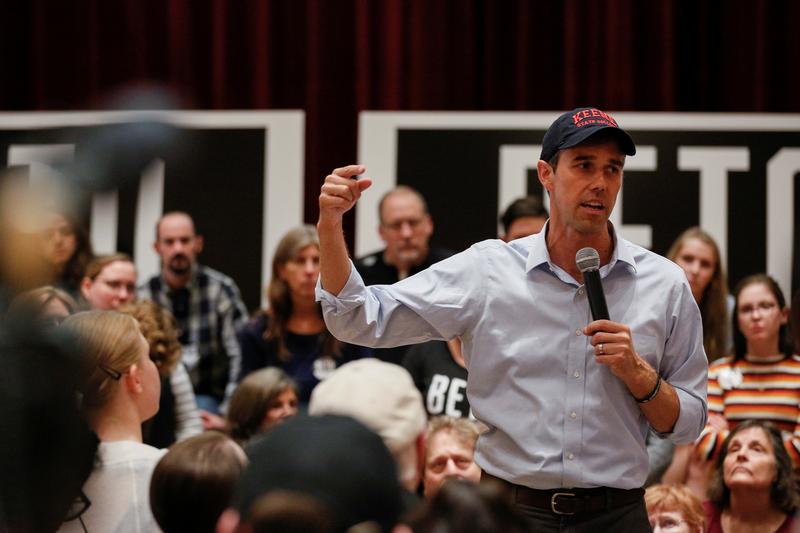 (Reuters) – Democratic presidential candidate Beto O’Rourke’s campaign on Friday called on Facebook, Twitter and Alphabet’s Google to do more to fight disinformation ahead of the November 2020 election.

The campaign made its plea in letters to the companies after a false claim spread on social media this week that the gunman responsible for an Aug. 31 mass shooting in Odessa, Texas, had a sticker supporting O’Rourke’s candidacy on his truck.

In its letter to Twitter, the O’Rourke campaign pointed to an account with the handle @suemo54 and name Sue Moore, which posted the claim on Sunday. It has been retweeted more than 11,000 times since then.

O’Rourke’s campaign manager, Jen O’Malley Dillon, said in the letters that the campaign thought a network of bots on Twitter and Facebook amplified the false claim.

“This isn’t our job to clean up: it’s theirs,” she wrote on Twitter, calling for increased transparency into misinformation on the sites and for Twitter to start labeling false content of public importance.

“Our democracy depends on these platforms managing the crisis of disinformation. We’re aware they’ve all made efforts to improve. We are saying these efforts have been insufficient,” O’Malley Dillon wrote.

The nonpartisan FactCheck.org website on Friday debunked the claim. It cited Sergeant Oscar Villarreal, a spokesman for the Texas Department of Public Safety, as saying “there was no sticker” on the gunman’s car and that he was not aware of the gunman’s political preferences.

The Texas Department of Public Safety did not immediately respond to a request for comment.

O’Rourke has taken an increasingly vocal stance on the campaign trail against gun violence in the wake of recent mass shootings, including one that killed 22 people on Aug. 3 in El Paso, Texas, which he used to represent in Congress.

A Facebook spokesman said the company had taken action through its fact-checking program by limiting the distribution of a post spreading the sticker claim that had been shared 42,000 times. It also added the FactCheck.org piece as a “related article” below the post.

The O’Rourke campaign’s letter to Google pointed out that terms like Odessa and the shooter’s name were trending queries related to its candidate on the search engine after the misinformation was published. A Google spokeswoman told Reuters that its search function is not a recommendation system and so a “trending” query in Google Trends does not mean that the site is recommending a topic to users.