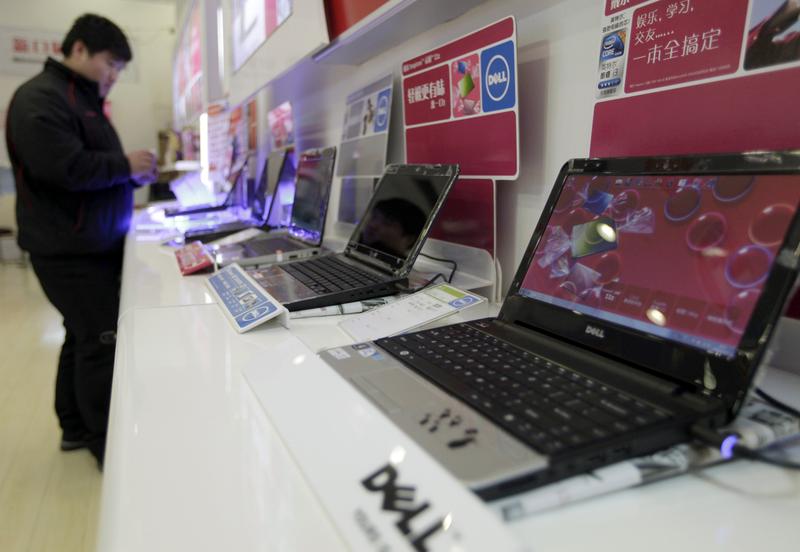 FILE PHOTO: A customer looks at laptops at a Dell outlet in Beijing December 13, 2010. REUTERS/Christina Hu

Dell, HP and Microsoft, which together account for 52% of the notebooks and detachable tablets sold in the United States, said the proposed tariffs would increase the cost of laptops in the country.

The move would hurt consumers and the industry, and would not address the Chinese trade practices that the Trump administration’s office of the U.S. Trade Representative (USTR) seeks to remedy, the four companies said in a joint statement posted online.

Implementing the proposed tariffs would increase U.S. prices for laptops and tablets by at least 19%, or around $120 for the average retail price of a laptop, the companies said, citing a recent study by the Consumer Technology Association.

“A price increase of that magnitude may even put laptop devices entirely out of reach for our most cost-conscious consumers,” the companies said, noting that the price hikes would occur during peak holiday and back-to-school seasons.

In a separate statement, Microsoft, along with video game makers Nintendo of America Inc and Sony Interactive Entertainment LLC said the tariffs on video game consoles could stifle innovation, hurt consumers and put thousands of jobs at risk.

The USTR kicked off seven days of testimony from U.S. retailers, manufacturers and other businesses about Trump’s plan to hit another $300 billion worth of Chinese goods with tariffs.

The hearings will end on June 25 and the tariffs will not come into effect until after July 2, when a seven-day final rebuttal comment period ends.