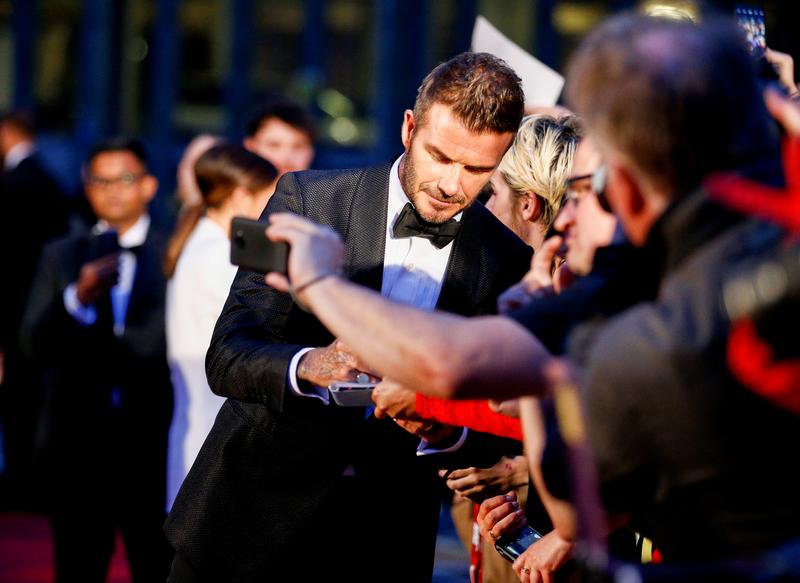 David Beckham signs autographs as he arrives to the GQ Men Of The Year Awards 2019 in London, Britain September 3, 2019. REUTERS/Henry Nicholls

Beckham, who retired from professional soccer in 2013, received the Editor’s Special Award for his services to the sport over a career of more than two decades that included playing for clubs such as Manchester United and Real Madrid as well as the England national team.

Asked by British GQ magazine in an interview to be published in its October edition what advice he had for his children, Beckham said: “To work hard, simple as that.”

Among others recognized at the GQ ceremony in London, U.S.-Australian actress Nicole Kidman won the Actress Award, Welsh actor Taron Egerton the Actor Award and Australian singer and actress Kylie Minogue, who performed at the ceremony, won the magazine’s Icon Award.

The 16-year-old Thunberg, who started missing school on Fridays a year ago to protest outside the Swedish parliament, sparking a global climate strike movement known as Fridays for Future, won GQ’s Game Changer Award.

Tuesday’s ceremony, hosted by Welsh actor Michael Sheen, was GQ’s 22nd such event, and was held in association with luxury lifestyle group HUGO BOSS. It drew a host of celebrities, including model Naomi Campbell and veteran singer Tom Jones.