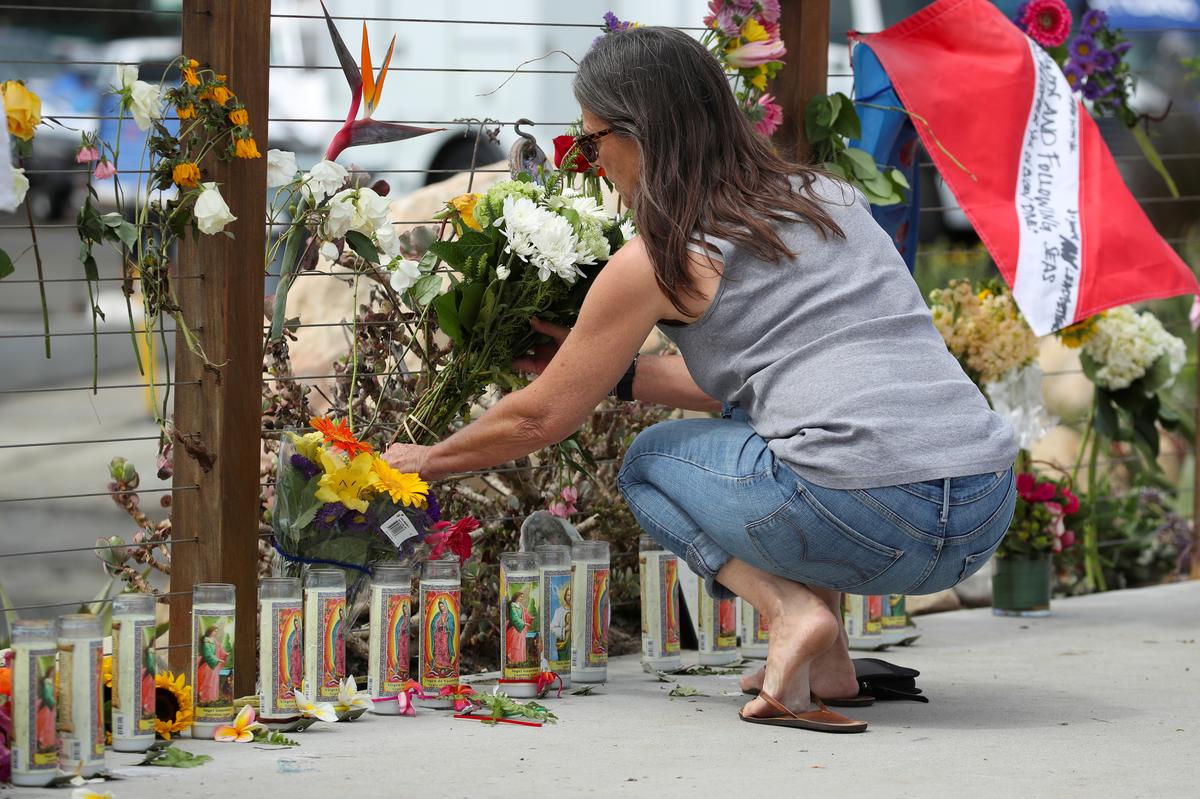 LOS ANGELES (Reuters) – The crew of a dive ship that caught fire and sank off the California coast told a “harrowing story” of their failed attempts to save 34 people trapped below deck in a bunk room already engulfed in flames, investigators said on Thursday.

The five surviving crew members of the Conception, who were above deck when the blaze was discovered, said the already fierce flames prevented them from climbing down a narrow ladder into the bunk room or gaining access through a window.

“What’s emerging .. is a harrowing story of the moments (after) the fire erupted on the vessel,” National Transportation Safety Board member Jennifer Homendy told reporters at what she said would be the NTSB’s final news conference in Santa Barbara, California.

The 75-foot (23-meter) Conception caught fire at about 3:15 a.m. on Monday while anchored off Santa Cruz Island, killing 33 passengers and a crew member in one of California’s worst maritime disasters.

Divers on Thursday were still searching for the remains of the final victim of the tragedy as forensic experts employed a DNA analysis here tool typically used in war zones to identify the 33 charred bodies so far recovered.

A member of the crew told of hearing a noise from his bunk on the wheelhouse deck of the Conception and seeing flames erupting from the galley, Homendy said, adding that he told investigators he never heard smoke alarms.

Frantic crew members jumped from the bridge to the main deck, one of them breaking a leg, but could not go any farther down, Homendy said.

“Due to the heat and flames and smoke, the crew had to jump from the boat,” she said, adding that two of the survivors were able to swim to an inflatable skiff at the back of the ship and rescue the rest of the surviving crew members.

TOP SCIENTIST ON BOARD

After reaching a nearby vessel, Homendy said, two crew members returned to the Conception in the skiff to search for survivors, but found none.

Speaking at the same news conference, chief investigator Adam Tucker said that while interviews were not complete, no one had yet told of seeing any of the 34 victims above deck.

Divers on Thursday were inspecting the ship’s wreckage with plans to raise it from the ocean floor, but that process may be complicated by forecast high winds in the coming days.

The NTSB investigators expected to be on scene for another week and said they would likely not issue a final report for up to 18 months, although some preliminary findings could be released in 10 days.Earlier on Thursday, California Governor Gavin Newsom said a senior environmental scientist and her husband were on the Conception when it caught fire and were presumed dead.

FILE PHOTO: A woman places flowers at a makeshift memorial near Truth Aquatics as the search continues for those missing in a pre-dawn fire that sank a commercial diving boat near Santa Barbara, California, U.S., September 3, 2019. REUTERS/Mike Blake/File Photo

“California is committed to assisting in recovery efforts and the investigation however possible. Based on the findings of the investigation, the state will take action to prevent horrific boat fires like this in the future,” Newsom said in a written statement.

Also among the victims were a family of five, a teacher and his daughter, and a diving instructor and marine biologist. None of the names of the dead, who ranged in age from 17 to 60, have been publicly released by authorities.

The boat’s owner, Truth Aquatics, has suspended dive expeditions on two other boats while the incident is investigated, the NTSB has said.