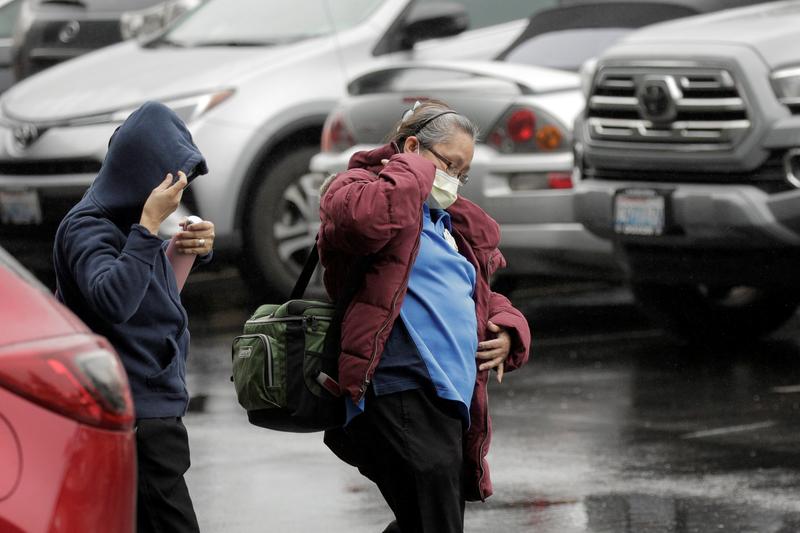 KIRKLAND, Washington (Reuters) – Six people in the Seattle area have died of the illness caused by the new coronavirus, health officials said on Monday, as authorities across the United States scrambled to prepare for more infections with the emphasis on increasing testing capacity.

Dr. Jeff Duchin, health officer for the Seattle and King County Public Health agency, announced the increase in fatalities from the previous two in Washington state.

Eight of the 14 total cases in his jurisdiction are linked to an outbreak at a nursing facility in the Seattle suburb of Kirkland, including four deaths, Duchin said at a news conference.

At least four of the six people who died were either elderly or had underlying health conditions or both, Duchin said.

The total number of cases detected by the public health system in Washington state now stands at 18, the most of any state. In addition to the 14 King County cases, four residents of nearby Snohomish County have tested positive for the virus, officials said.

“We expect the number of cases will continue to increase in the coming days and weeks, and we are taking this situation extremely seriously,” Duchin said.

However, he also said the vast majority of diagnosed patients have mild to moderate disease and do not need hospitalization.

In addition to confirmed cases, King County has about 29 potential cases awaiting test results, so the number there could soon rise, officials said. Tests were being conducted on about 200 samples per day, and health officials said they expect to boost the number of tests to at least 1,000 a day in the near future.

Duchin said his county was not recommending school closures or cancellation of any events at this point.

“You can expect over the next two weeks to hear more from us about community mitigation measures and the right time to do it,” he said. “We can’t expect people to go for months and months without going to work, without going to school,” he said.

As of Sunday, the number of confirmed and presumptive cases in the United States had risen to 91, the U.S. Centers for Disease Control and Prevention (CDC) said. Many of those were among people repatriated to the United States, either from the Diamond Princess cruise ship previously quarantined in Japan or from the Chinese city of Wuhan, where the global outbreak originated.

The number of presumed cases reported by states but not yet officially confirmed by the CDC stood at 27, up from seven previously. The CDC will confirm the tests sent by states with their own diagnostics. So far, 10 states, including California and New York, have confirmed or presumed cases.

U.S. stock markets briefly pared gains following the announcement of an increase in fatalities but closed higher – the S&P 500 by 4.6%, the Dow Jones by 5% and the NASDAQ by 4.5%. World stock markets had a weeklong slide last week on coronavirus fears. [MKTS/GLOB]

New York Governor Andrew Cuomo welcomed a CDC decision allowing New York to test for the virus that has killed more than 3,000 people worldwide since it emerged in China in December.

“I would like to have a goal of 1,000-tests-per-day capacity within one week because, again, the more testing, the better,” Cuomo said at a briefing on Monday.

Federal health officials have said the number of test kits for coronavirus would be radically expanded in coming weeks. The United States appeared poised for a spike in cases, partly because there would be more testing to confirm infections.

Protective gear and test kits were being distributed to U.S. military facilities with a priority on distribution to the Korean Peninsula, the chairman of the Joint Chiefs of Staff, Army General Mark Milley, said at a briefing.

South Korea is one of the hardest hit countries with 4,335 cases and 26 deaths.

President Donald Trump said his administration has asked pharmaceutical companies to accelerate work on the development of a coronavirus vaccine, but provided no details.

Top U.S. health officials have said any vaccine is up to 18 months away and there is no treatment for the respiratory disease, although patients can receive supportive care.

Trump and his task force on the outbreak were meeting with drug company executives on Monday afternoon. U.S. health Secretary Alex Azar said the administration is working on supply chain challenges for pharmaceutical companies in response to coronavirus as many active ingredients come from China.

The White House is also expected to meet this week with top executives from U.S. airlines and the cruise industry over the impact of the virus to their businesses, two people briefed on the matter said.

There have been more than 87,000 cases worldwide and nearly 3,000 deaths in 60 countries, the World Health Organization said.