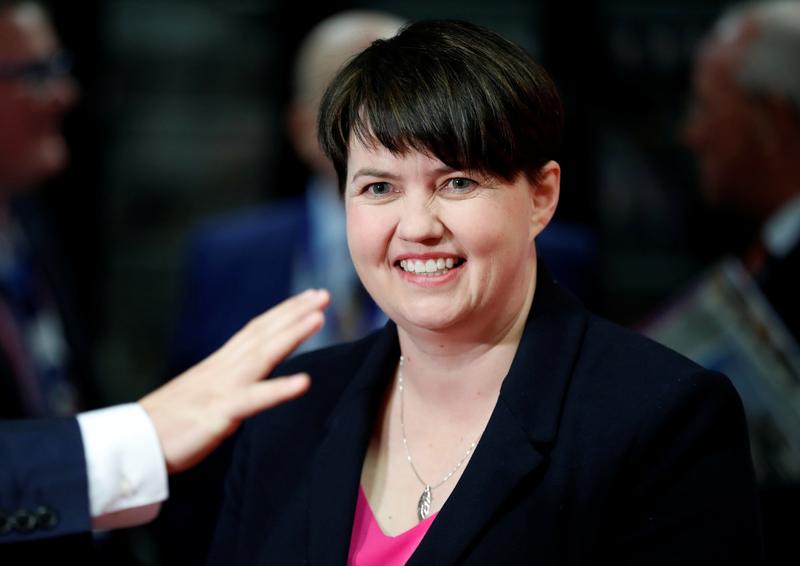 LONDON (Reuters) – Ruth Davidson, leader of the Conservative Party in Scotland, is set to quit due to political disagreements with Prime Minister Boris Johnson and the pressures of being a new mother, British media reported on Wednesday.

Her decision to quit is likely to add to questions about Scotland’s future in the United Kingdom as the Brexit crisis escalates.

“She’s tried to juggle motherhood with being the very high-profile leader of the opposition in Scotland, and it’s taken its toll,” the Sun newspaper quoted a senior Conservative source as saying.

“All of this has been made more difficult with the current political climate, where she’s found herself at increasing odds with the new leadership in London,” the source added.

Davidson has opposed Johnson’s policy of leaving the European Union without a transition deal if necessary. On Wednesday, Johnson said he would suspend Britain’s parliament for more than a month before Brexit, enraging opponents.

The BBC and Scottish broadcaster STV also reported that Davidson would quit as leader of Scotland’s Conservatives. There was no immediate comment from the party.

Davidson has been leader of the Scottish Conservative party for eight years, turning them into the second largest party at Holyrood.

She was once touted as a future leader of the United Kingdom Conservatives but her standing among party members fell dramatically after Johnson took office last month, according to a survey of members conducted by Conservative Home website.

Firmly on the liberal wing of the Conservative Party, she campaigned in 2016 for Britain to remain in the European Union. That year Davidson became engaged to her partner, Jen Wilson, and gave birth to a boy last October.