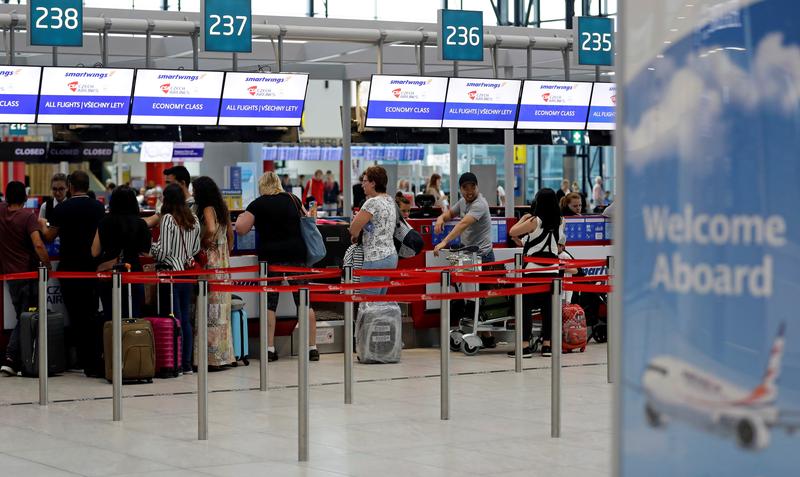 PRAGUE (Reuters) – Fizzled investments, cyber security warnings and a Prague mayor defying Beijing by forging his own diplomatic path are muddying inroads China has made into the Czech Republic as it seeks to extend its influence in Europe.

Finding a more hospitable reception on eastern ground than in western Europe in recent years, China had been keen to take advantage of a Czech hunger to foster ties, led by President Milos Zeman, who has curried political favor with Beijing since taking office in 2013.

From the Czech perspective, the relationship was aimed at drawing Chinese investment into the nation of 10.7 million and opening the door for Czech companies to do business in the world’s second-largest economy.

But a series of diplomatic spats since the start of the year has frayed relations, and highlighted the limited returns the Czechs have received for Zeman’s goodwill.

“It must be a big surprise for the Chinese,” said Vaclav Kopecky, a China expert at Prague’s Association for International Affairs. “They expected… they wouldn’t have any problems. It turned quickly in a very different direction.”

The Czechs had kept Communist-run China at arm’s length following the 1989 Velvet Revolution that propelled Vaclav Havel – a personal friend of the Dalai Lama, the exiled spiritual leader of Chinese-ruled Tibet – into office.

That changed under Zeman. In 2015, he attended a military parade in Beijing to mark the end of World War Two, the only Western leader to do so, and he has visited China five times, more than neighboring Germany.

He also took the Czech Republic’s richest man, billionaire Petr Kellner, to a meeting with Chinese President Xi Jinping in 2014. Kellner’s Home Credit has become one of the biggest consumer lenders in China.

These better relations, analysts say, aligned with China’s global Belt and Road Initiative (BRI) aimed at linking trading networks to Beijing, and a series of “16+1” economic summits to whip up Chinese-led investment into central and eastern Europe.

But the burgeoning friendship took a hit with the Czech cyber security watchdog’s December warning – the first explicit one in Europe – that infrastructure operators should guard against security threats from equipment made by Chinese telecom suppliers Huawei and ZTE.

Prague Mayor Zdenek Hrib’s refusal to eject a Taiwanese diplomat from a conference at the demand of a Chinese official, and his decision to fly the Tibetan flag at City Hall to highlight human rights issues, further fractured the relationship.

“We want to have an apolitical relationship with partner cities, based on mutual cultural exchange,” Hrib, who spent two months in Taiwanese capital Taipei as a medical student, told Reuters.

Those cultural ties have come under strain, however, with China cancelling tours planned by at least two Czech orchestras in the last two months.

While a foreign ministry spokesman warned in July that the Prague mayor’s actions could harm relations, the Chinese foreign ministry assured Reuters on Friday it was “willing to work hard with the Czech side to continue to strengthen bilateral cooperation”.

But overall, Chinese investment has failed to deliver jobs or the flow of money into the country envisioned when President Xi visited Prague in 2016.

But in 2017, its chief lobbyist was arrested in the United States on bribery and money-laundering charges. The following year its founder Ye was detained and the firm imploded, with Chinese state-owned investor CITIC taking over its Czech interests.

“It wasn’t so much about business and investments,” said Kamila Hladikova, a China expert at Palacky University in Oloumoc. “It was more about finding political support for China in the European Union.”