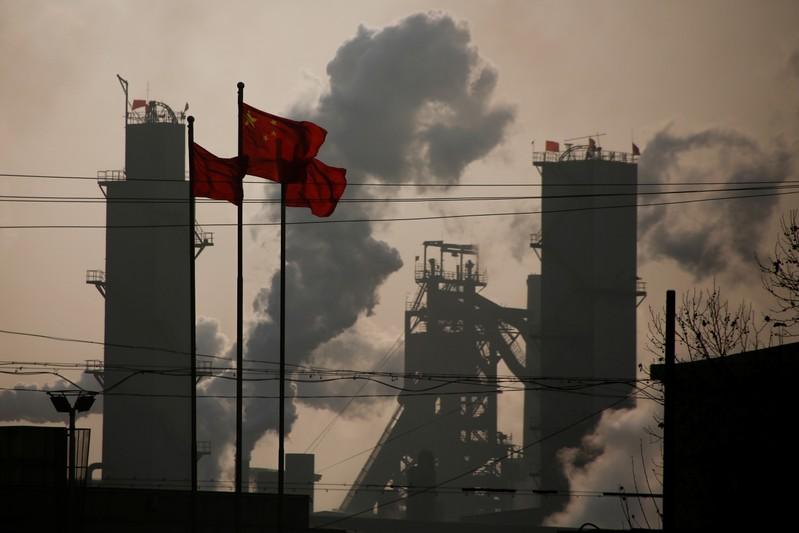 SHANGHAI (Reuters) – Chinese steel companies have fallen behind their international counterparts on energy efficiency and carbon compliance, putting them at risk of a surge in costs once regulations are tightened, a research report published on Wednesday said.

The study by London-based CDP, formerly known as the Climate Disclosure Project, showed that Chinese steel firms were among the industry’s worst performers on measures like carbon intensity, water and energy efficiency, and transparency.

The findings suggest that mills in China, the world’s biggest steel producer, have been able to secure price advantages as a result of their slower shift to low-carbon production, but they will be more exposed to rising costs under a carbon trading scheme.

China’s aims to launch its long-awaited national emissions trading scheme next year, forcing companies to buy permits to cover their emissions. The steel industry is slated for the second stage of the scheme, although some firms have already been part of pilot carbon trading platforms.

“China has traditionally had lower steel production costs than other steel producing regions such as Europe due to lower labor and raw material costs,” said Luke Fletcher, a senior analyst at CDP’s Investor Research Department.

“The use of cheaper but more polluting induction furnaces, while not being subjected to stringent carbon pricing mechanisms, also provides cost advantage,” he added.

The study ranked Sweden’s SSAB (SSABa.ST) at the top of “league table”, with ArcelorMittal (MT.AS) in second and Hyundai Steel (004020.KS) third.

The five Chinese companies were top in research and development expenditure, suggesting the steel makers are looking to use innovation and new technology to reduce their carbon footprint.

China produced 492.17 million tonnes of crude steel in the first half of 2019, up 9.9% from a year ago. Industry officials said earlier this month that smaller steel mills with poor environmental compliance records were taking advantage of lax enforcement to ramp up production.

To align with global targets to keep global temperature rises at no more than 2 degrees, the steel sector will need to reduce its emissions intensity by 65% by 2050 from 2014 levels, according to the International Energy Agency.