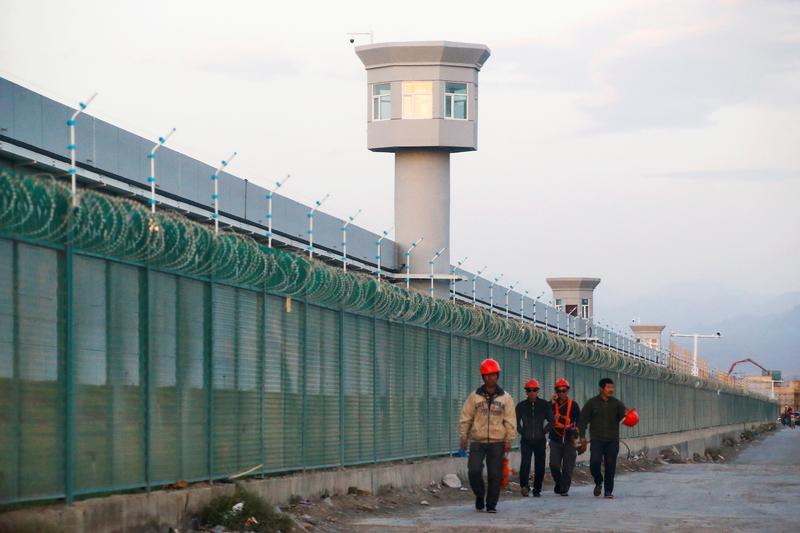 BEIJING (Reuters) – China and the United Nations have reached a “broad consensus” about counter-terror work, China’s Foreign Ministry said on Sunday after a controversial visit by a senior U.N. official to the restive far western Chinese region of Xinjiang this week.

The United States and other western countries objected to a visit by the U.N. counterterrorism chief to Xinjiang, where U.N. experts say some one million ethnic Uighurs and other Muslims are held in detention centers.

Diplomats said that along with the United States several other countries, including Britain, complained about the trip of Vladimir Voronkov, a veteran Russian diplomat who heads the U.N. Counterterrorism Office.

U.S. Deputy Secretary of State John Sullivan spoke with U.N. Secretary-General António Guterres on Friday “to convey deep concerns” about Voronkov’s trip because “Beijing continues to paint its repressive campaign against Uighurs and other Muslims as legitimate counterterrorism efforts when it is not”.

The two sides “had a deep exchange of views on the international counter-terrorism situation and counter-terrorism cooperation between China and the United Nations, and reached a broad consensus”, the ministry said, without giving details.

China and the world need to stand together to fight terror, and China supports the work of the United Nations Counter-Terrorism Office, the statement added.

China has been condemned internationally for setting up the detention complexes, which it describes as “education training centers” helping to stamp out extremism and give people new skills.

Guterres raised the plight of Muslims in China’s Xinjiang region with the Chinese government’s top diplomat, State Councillor Wang Yi, during a visit to Beijing in April.

Chinese President Xi Jinping has been in the Central Asian state of Kyrgyzstan and Tajikistan over the past few days, where he has spoken of the importance of fighting extremism and terror.