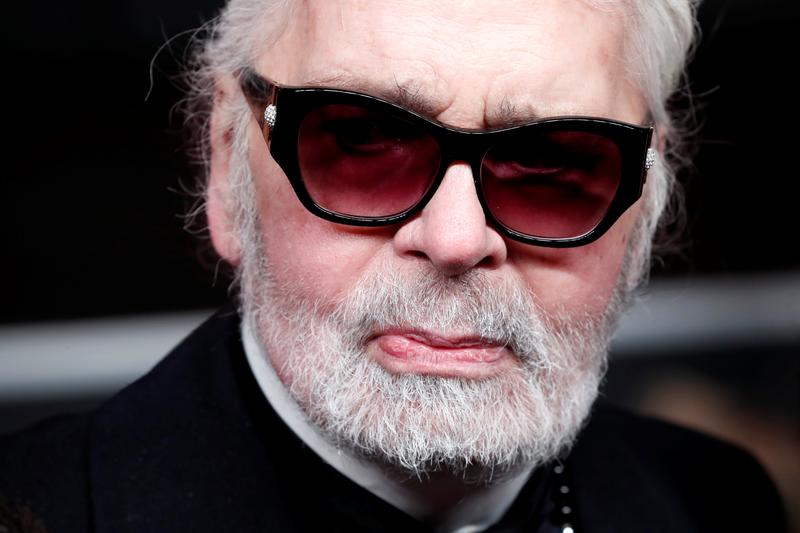 PARIS (Reuters) – Amid colossal portraits and clean lines of black, white and red, Chanel, Fendi and a gaggle of stars paid homage to the fashion titan and Kaiser of mode Karl Lagerfeld on Thursday.

The mythic kingpin of the cutting edge died in February, aged 85, devastating the industry after his decades as head of legendary labels Fendi and Chanel as well as his eponymous brand.

Stars including Pharrell Williams, Tilda Swinton, Helen Mirren and Cara Delevingne paid homage to Lagerfeld on the stage during a tribute entitled “Karl For Ever.”

Blurring the lines of haute couture, theater and film much as Lagerfeld was known to do, the event consisted of live performances and dramatic readings montaged with a short documentary.

Featuring the ever reticent co-owner of Chanel Alain Wertheimer, the film was narrated by Lagerfeld himself, sewn together from dozens of clips before his death.

The show, conceived by Canadian opera director Robert Carsen, was held in the glass-domed Grand Palais – the same quintessentially stylish structure that housed some of Lagerfeld’s most sensational shows, which included elements as spectacular as a 265-tonne iceberg and a replicate Eiffel tower.

“Karl For Ever” sought not only to highlight Lagerfeld’s long list of achievements as grand couturier, photographer or publisher, but to highlight the man behind the glasses. The celebration explored his personal passions like tango, literature and music, and highlighted anecdotes from those who knew him well.

Lagerfeld created iconoclastic, spectacle-driven fashion. In this Lagerfeldian world, to be boring was a cardinal sin.

He also brought Chanel back from death’s door, reinvigorating the wilting couture house with the modern moxie that has since kept Chanel a lucrative and industry-defining fashion house, a job that required constant reinvention.

“It’s up to us to adjust to our times,” Lagerfeld said in one video. “Evolution can’t be stopped, and will not be stopped tomorrow.”

The tribute punctuated Paris’ men’s fashion week for Spring/Summer, which wraps up Sunday.