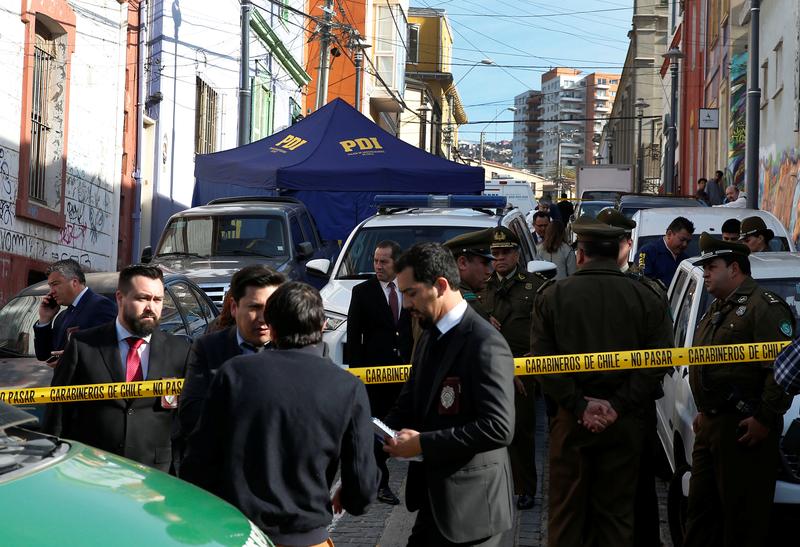 Police officers of the homicide brigade inspect the place where a Canadian citizen was killed when he was walking with his family in a touristic hill of Valparaiso, Chile June 21, 2019. REUTERS/Rodrigo Garrido

SANTIAGO (Reuters) – A Canadian citizen was stabbed to death on Friday in the Chilean port of Valparaiso while he was strolling with his family in one of the city’s hillside tourist areas, local media and police said.

According to newspaper La Tercera, which cited police sources, the victim was killed at around noon when he tried to resist the theft of his backpack by two assailants who fled the scene.

The police murder unit in Valparaiso confirmed the death to Reuters but did not provide any details.

According to La Tercera, the Canadian family resides in Chile’s capital Santiago, which is located about 100 kilometers (62 miles) from the touristic port.