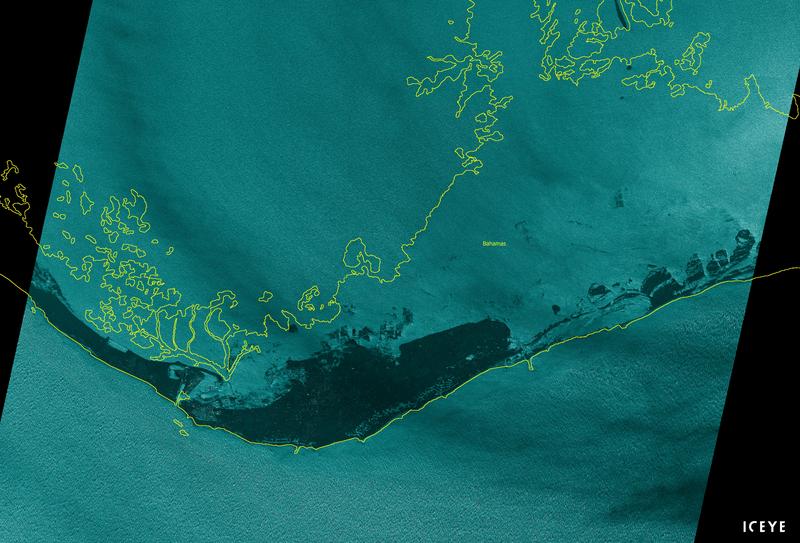 MARSH HARBOUR, Bahamas (Reuters) – The wreckage of pulverized homes, beached boats and floodwaters covered miles of the Bahamas in Hurricane Dorian’s wake on Wednesday, as rescuers searched for survivors of the worst storm to ever strike the island nation.

Other posts on Twitter said entire communities were swept away.

A picture shows satellite radar image of Grand Bahama during Hurricane Dorian with large portions being flooded due to storm surge, Bahamas September 2, 2019. ICEYE/Handout via REUTERS

More than a million people have been ordered to evacuate.

With telephones down on Abaco and Grand Bahama islands, residents posted lists of missing loved ones across social media sites.

A single Facebook post by media outlet Our News Bahamas seeking the names of missing people had 1,600 comments listing lost family members since it went live on Tuesday.

The exact toll in the Bahamas will not be clear until the storm passes and rescue crews are able to access devastated areas, said Theo Neilly, the Bahamian consul general in Washington.

When the storm’s eye passed over the island, Morgerman said he fled to a better-built government building that he found filled with others who had escaped collapsed houses.

Food may be required for 14,500 people in the northern Bahamas’ Abaco Islands and for 45,700 people in Grand Bahama, the U.N. World Food Programme said. The preliminary estimates were based on an assessment by representatives of Caribbean nations, the WFP and other groups.