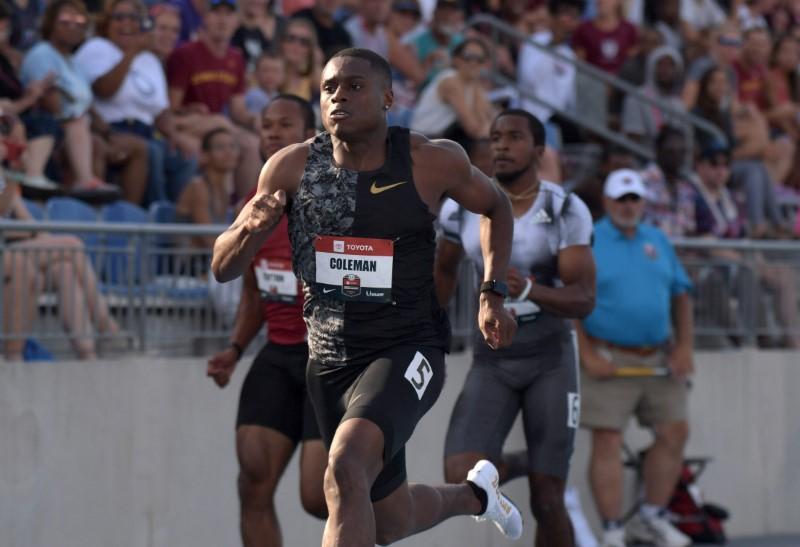 (Reuters) – British sprinter Ojie Edoburun has criticized the conduct of American 100 meters champion Christian Coleman, who has been charged with a potential anti-doping rule violation by the United States Anti-Doping Agency (USADA) for failing to properly file his whereabouts information.

Coleman, who holds the year’s fastest time of 9.81 seconds, faces an arbitration hearing next month ahead of the world championships, which begins in Doha on Sept. 28.

While Coleman said he was confident of being cleared in time for the Doha event, Edoburun reminded the American of his responsibility to adhere to anti-doping rules.

“I just feel like missing three tests in a year is easily avoidable,” said Edoburun, who won the men’s 100m at the British Championships on Saturday.

“Just handle your responsibilities because at the end of the day the athletes are liable. I know that –- so he should, too, if he is the fastest man in the world.”

Under the whereabouts system, athletes must inform officials about where they will be for one hour every day as well as providing details of overnight accommodation and training.

Three whereabouts failures within a 12-month period could lead to a one-year ban, according to the World Anti-Doping Code.

If found guilty, Coleman would miss not only the world championships but also the 2020 Tokyo Olympics.

“It’s not good in the sense that athletics gets the most attention when it comes to doping because there is so much other positive stuff to talk about,” Edoburun said.

“It really bugs me that it is in the limelight when there are so many good stories coming through. But, if he is not there, it makes it a bit easier for me.”