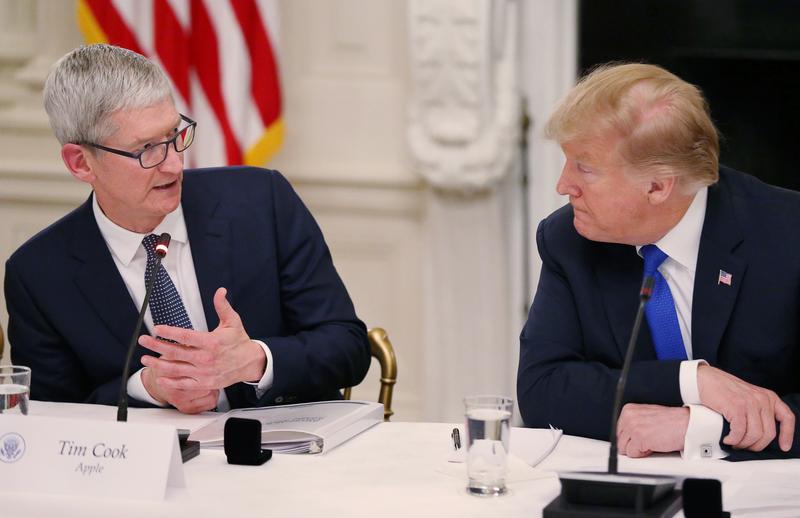 Trump said Cook “made a good case” that tariffs could hurt Apple given that Samsung’s products would not be subject to those same tariffs. Tariffs on an additional $300 billion worth of Chinese goods, including consumer electronics, are scheduled to go into effect in two stages on Sept. 1 and Dec. 15.

“I thought he made a very compelling argument, so I’m thinking about it,” Trump said.

Trump made the comments while speaking with reporters on the tarmac at the Morristown, New Jersey, airport.

Apple was not immediately available for comment outside normal business hours.