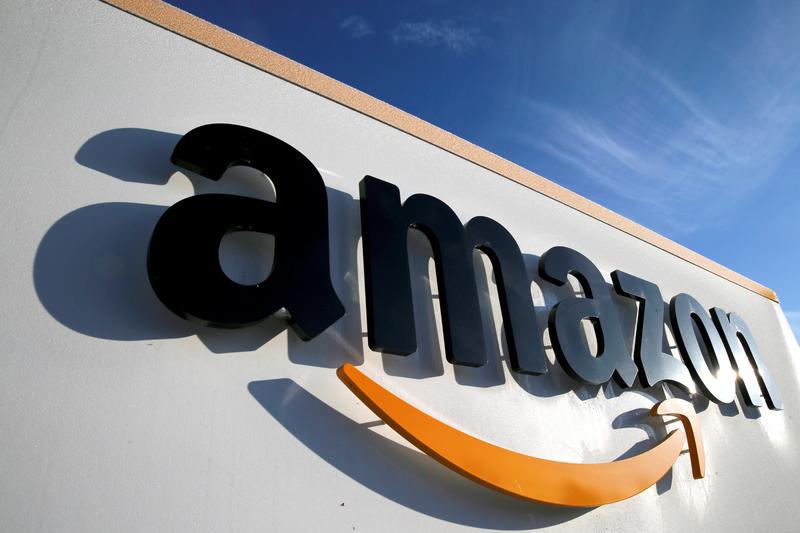 FILE PHOTO: The logo of Amazon is seen at the company logistics centre in Boves, France, January 19, 2019. REUTERS/Pascal Rossignol

(Reuters) – Amazon.com Inc is exploring using drones not just to deliver packages but also to provide surveillance as a service to its customers, according to a patent granted by the United States Patent and Trademark Office.

The delivery drones can be used to record video of consented user’s property to gather data that can be analyzed to look out, say for example, a broken window, or a fire or if a garage door was left open during the day, the patent described.

According to the patent, the surveillance function of the drone can be limited through geo-fencing, a technology used to draw a virtual boundary around the property under surveillance. Any image or data that the drone captures outside the geo-fence would be obscured or removed.

The application for the patent was filed by the e-commerce giant in 2015 and granted on June 4.

Earlier this month, Amazon said it will start drones delivering packages to customers in 30 minutes or less in the coming months.

Reporting by Soundarya J in Bengaluru; Editing by Arun Koyyur