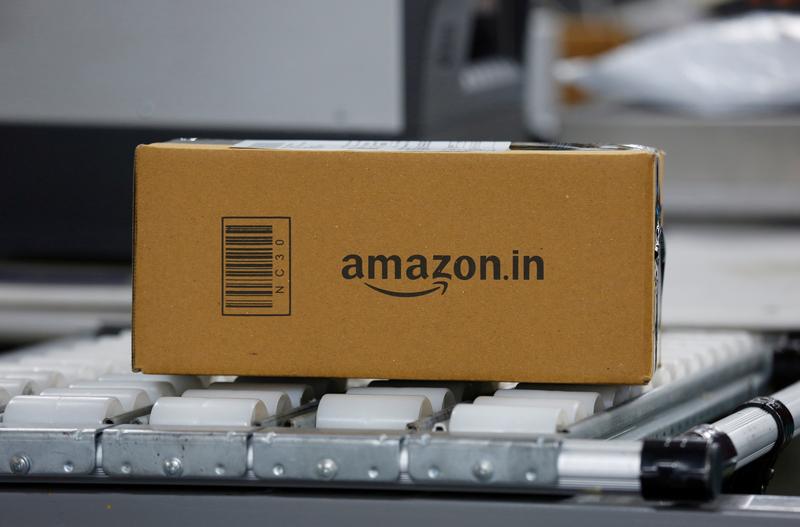 NEW DELHI (Reuters) – Amazon.com (AMZN.O) defended its business strategies in India as it came under fire from a local trader group on Friday over discounted products on the global e-commerce giant’s website.

FILE PHOTO: A shipment moves on a conveyor belt at an Amazon fulfilment centre on the outskirts of Bengaluru, India, September 18, 2018. REUTERS/ Abhishek N. Chinnappa

New e-commerce foreign investment rules that took effect in India from February were designed to help small traders by curbing heavy online discounting, but traders have complained that big online retailers use complex business structures to circumvent the rules and continue to burn billions of dollars to offer discounts.

The issue has become one of the biggest trade irritants between New Delhi and Washington.

At an open panel discussion on Friday – organized by India’s competition watchdog – the Confederation of All India Traders (CAIT) reiterated its concerns to Amazon’s senior corporate counsel, Rahul Sundaram, sparking a heated public confrontation. The CAIT represents 500,000 merchants and traders in India.

Sundaram said Amazon was abiding by all the rules and does not influence prices of products its website, adding that the company provides growth opportunities to more than 500,000 sellers online.

The trade body, however, was in no mood to accept Sundaram’s statement.

CAIT’s Praveen Khandelwal pointed out to Sundaram that an air conditioning unit available at 42,000 rupees in the offline retail market was sold for 35,000 rupees on Amazon’s website and asked what “magic” was used to offer such a discount.

Sundaram hit back with a personal example, saying he had once spent half a day once walking around New Delhi markets to buy an air conditioner and managed to secure a discount of 6,000 rupees.

“It is a factor of the entire retail market that you will get discounts,” he said.

The new rules introduced in February followed complaints from small traders who said that the e-commerce giants used their control over inventory from affiliated vendors to create an unfair marketplace.

In June the Indian government warned Amazon and Walmart’s (WMT.N) Flipkart that they must ensure compliance with the new regulation, adding that it will not allow deep discounts that affect small shopkeepers.

At one point during Friday’s discussion, Amazon’s Sundaram said the company’s 57 warehouses in India provide logistics support to small sellers and traders, which served only to rile Khandelwal further.

“We are not small … Don’t call us small, please,” came the CAIT representative’s angry retort.