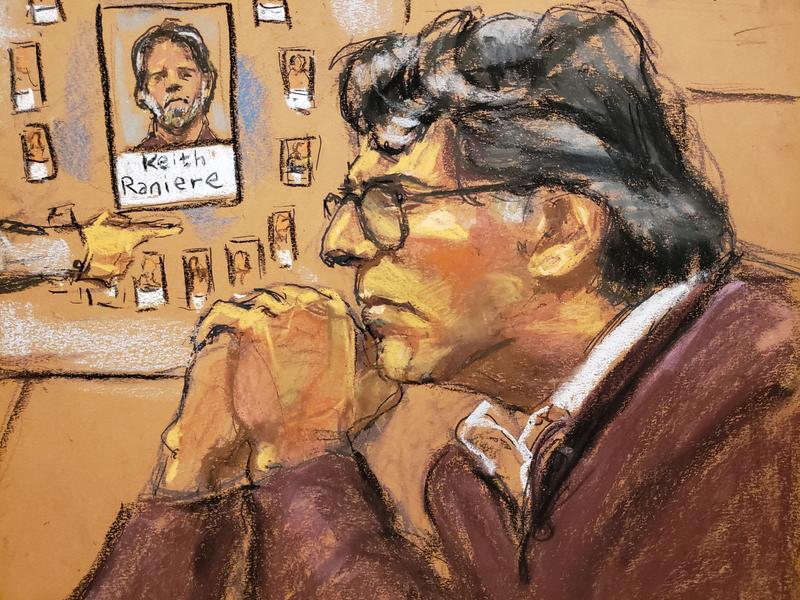 NEW YORK (Reuters) – The New York man who started a secret society in which female “slaves” were branded with his initials and ordered to have sex with him may have led an unconventional life, but he did not break the law, his lawyer told jurors on Monday.

“The conduct, looked at objectively, is pretty out there,” Marc Agnifilo, lawyer for Keith Raniere, said in his closing argument in Brooklyn federal court. “That doesn’t make it a crime.”

Raniere, 58, is on trial facing charges including racketeering, sex trafficking and child pornography. Prosecutors said he used his organization, Nxivm, which billed itself as a self-help group, to hide the secretive sorority, called DOS.

Raniere faces a possible sentence of life in prison if convicted.

In her closing argument earlier on Monday, Assistant U.S. Attorney Moira Penza said members were tricked into handing over compromising photos and confessions, called “collateral,” that could be used to blackmail them. She described Raniere as a “a con man, a predator, a crime boss” who operated “through abuse and control.”

Agnifilo countered that Raniere never intended to release collateral and only meant to help the women with their personal growth.

He even suggested that one of the former DOS members who testified in the trial, a woman known only as Nicole, might have been helped by her time as a “slave.”

Nicole testified that she was tied to a table and subjected to a sex act with another woman against her will while Raniere watched, coerced into having sex with Raniere several times and eventually branded with his initials.

The six-week trial has featured testimony from multiple women who said Raniere victimized them, including Lauren Salzman, daughter of Nxivm co-founder Nancy Salzman and a longtime member of Raniere’s inner circle.

Raniere declined to testify and his defense called no witnesses.

Other members of Nxivm, which is pronounced “nexium,” were charged. They include Nancy Salzman, actress Allison Mack and Seagram liquor heiress Claire Bronfman. They have all pleaded guilty to crimes but have not yet been sentenced.

The group first became known for its “Executive Success Program” courses, which purported to give students the ability to achieve their goals in life by overcoming mental blocks. Witnesses testified that leaders of the organization psychologically manipulated and abused its members and demanded total obedience from them.