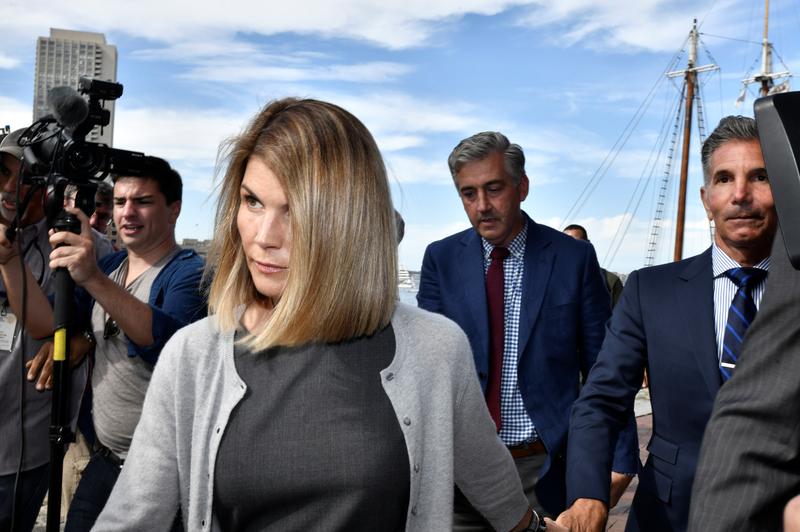 BOSTON (Reuters) – Actress Lori Loughlin on Tuesday waved off concerns about a potential conflict involving the lawyers who will defend the “Full House” star and her husband against charges of participating in a U.S. college admissions scam.

Federal prosecutors have accused Loughlin and her fashion designer husband Mossimo Giannulli of paying $500,000 to get their two daughters admitted to the University of Southern California through bribery as purported crew recruits.

They are among 51 people charged since March with participating in a vast scheme in which wealthy parents conspired to use bribery and other forms of fraud to secure admission of their children to top universities.

Prosecutors claim they did so with the help of William “Rick” Singer, a California college admissions consultant who has pleaded guilty to helping bribe university sports coaches to present clients’ children as fake athletic recruits.

Both Loughlin and Giannulli have pleaded not guilty.

At Tuesday’s hearing, a federal magistrate judge questioned Loughlin and Giannulli about whether they were aware of the risks posed by their decision to be jointly represented by the law firm Latham & Watkins.

U.S. Magistrate Judge M. Page Kelley told them the choice could hamper their individual defenses. For example, if one wanted to testify at trial, their lawyers might not want that because it could hurt the spouse’s defense, she said.

“You need to have the undivided loyalty of counsel,” she said.

But the judge said she would allow Loughlin and Giannulli to waive the conflict after both confirmed they wanted to continue being represented by Latham.

“My clients do have a united front,” William Trach, a lawyer at Latham, said.

Prosecutors had also previously questioned whether Latham needed to be disqualified as it counted USC as a client, but Assistant U.S. Attorney Eric Rosen said that was no longer an issue after the firm ceased working for the school.

The judge withheld immediately ruling on whether another, smaller firm retained by Giannulli may need to be disqualified because it also represents a cooperating witness, but Kelley said she likely would allow the conflict to be waived.

Thirty-four parents have been charged in the college admissions scandal. Of those, 15 have agreed to plead guilty, including “Desperate Housewives” TV star Felicity Huffman. She is scheduled to be sentenced on Sept. 13.