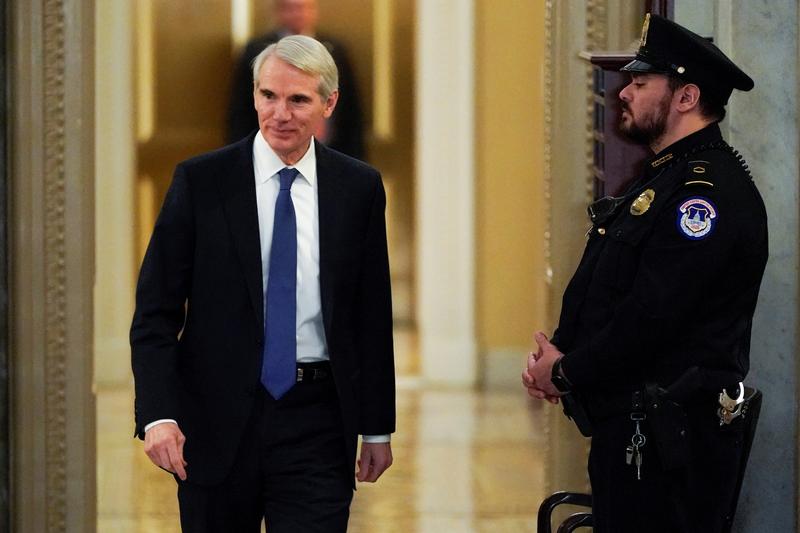 (Reuters) – A bipartisan group of U.S. senators unveiled legislation on Thursday aimed at protecting research and innovation on U.S. campuses and prevent suspected theft of intellectual property by China and other countries.

The bill comes amid a growing push in Washington to clamp down on spying and intellectual property theft that some Chinese nationals are suspected of engaging in on U.S. university and college campuses.

It also proposes penalizing individuals with fines and imprisonment for failing to disclose foreign support on federal grant applications, as well as lowering the threshold for U.S. schools and universities to report foreign gifts.

“This bill will help us stop foreign governments from stealing our research and innovation while also increasing transparency to ensure that taxpayers know when colleges and universities accept significant foreign funding,” Portman said in a statement.

The bill, co-sponsored by senators including Rob Portman, Tom Carper, Marco Rubio and Maggie Hassan, also aims to give the Department of Education authority to punish U.S. schools that fail to properly report gifts received from foreign entities.

In one of the highest-profile cases to emerge from a U.S. Justice Department crackdown on Chinese influence within universities, a Harvard University professor pleaded not guilty on Tuesday to charges that he lied to U.S. authorities about his ties to a China-run recruitment program and funding he received from the Chinese government for research.

Reuters, citing sources, reported last month that the United States is planning to cancel the visas of thousands of Chinese graduate students believed by President Donald Trump’s administration to have links with China’s military.

Reporting by Ismail Shakil in Bengaluru; Editing by Mark Heinrich