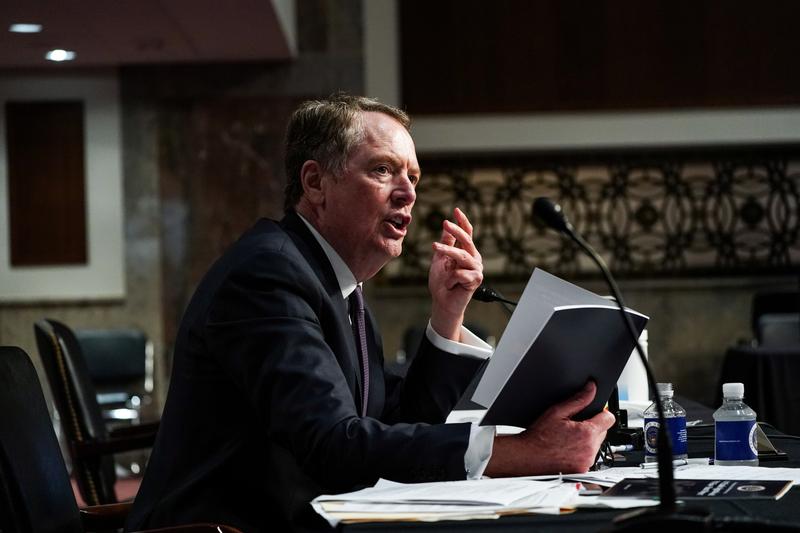 Lighthizer told U.S. lawmakers that he still believed an international regime was needed to deal with taxation, but the talks with European countries were not proving fruitful.

“We were making no headway and the Secretary made the decision that … rather than have them go off on their own, you would just say we’re no longer involved in the negotiations,” he said during a hearing of the House Ways and Means Committee.

“The United States has suggested a pause in the OECD talks on international taxation while governments around the world focus on responding to the COVID-19 pandemic and safely reopening their economies,” she said.

A source briefed on the letter said Washington still felt an agreement was possible this year.

Washington has been at odds with countries such as France and Britain over their plans to impose digital service taxes as a way to raise revenue from the local operations of big tech companies such as Alphabet Inc’s Google and Facebook Inc.

Critics say the firms profit enormously from local markets while making only limited contributions to public coffers, but Washington views the taxes as discriminating against U.S. firms.

The U.S. comments came after the Financial Times reported that Mnuchin had called for suspension of the talks in a June 12 letter to top officials in France, Spain, Britain and Italy, and again threatened retaliatory action.

Lighthizer this month launched investigations to determine whether digital services taxes being adopted or considered by 10 countries – Austria, Brazil, the Czech Republic, the European Union, India, Indonesia, Italy, Spain, Turkey and Britain – amounted to unfair trade practices. If it finds they do, the U.S. government could impose new tariffs.

Washington previously initiated action against France for its digital services tax, but France later agreed to suspend the measure while the OECD worked out a standardized approach.

Spain insists the digital tax it is considering does not discriminate by country and will apply to companies regardless of where they are headquartered.

“Spain believes it’s necessary to adapt its fiscal system to the new economic reality of the 21st century; that was our position before receiving the letter, and continues to be so now,” a government source told Reuters.

The French finance ministry confirmed it received Mnuchin’s letter and was preparing a joint response with the other recipients.

Reporting by Andrea Shalal; additional reporting by Clara-Laeila Laudette in Madrid and Leigh Thomas in Paris; Editing by Chizu Nomiyama and Sonya Hepinstall