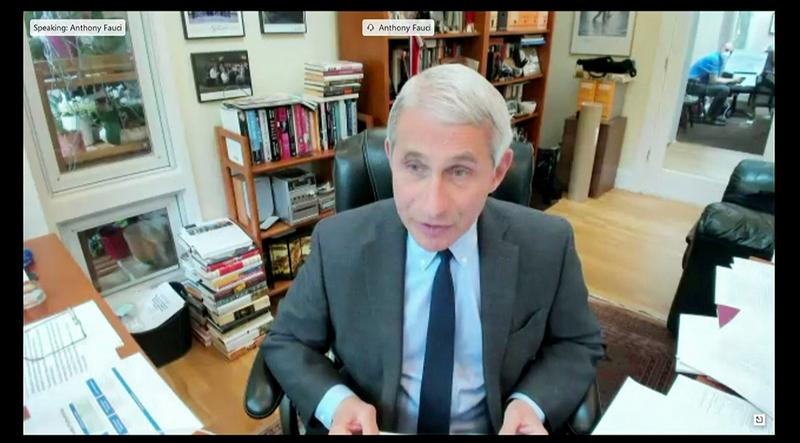 (Reuters) – With the United States bracing for a possible second wave of the novel coronavirus, Anthony Fauci, director of the National Institute of Allergy and Infectious Diseases, on Thursday cast doubt on the National Football League playing this year.

“Unless players are essentially in a bubble — insulated from the community and they are tested nearly every day — it would be very hard to see how football is able to be played this fall,” Fauci said in an interview with CNN.

“If there is a second wave, which is certainly a possibility and which would be complicated by the predictable flu season, football may not happen this year.”

In the face of the COVID-19 pandemic, the NFL has pushed ahead with plans to start the season as scheduled on Sept. 10, culminating with the Super Bowl in Tampa on Feb. 7.

The outbreak has left most North American sport schedules in tatters. However the NFL, in its off-season, has been largely unaffected other than scrapping plans to hold the annual draft in Las Vegas in April and moving it online.

The league has protocols in place for the opening of team facilities and so far training camps remain scheduled to open on July 22, despite some high-profile positive tests.

Dallas Cowboys running back Ezekiel Elliott is one of several members of his team and the Houston Texans to test positive for COVID-19, the NFL Network reported on Monday.

Fauci’s concerns also extend to U.S. college football which is scheduled to begin on Aug. 29.

Reporting by Steve Keating in Toronto. Editing by Christian Radnedge