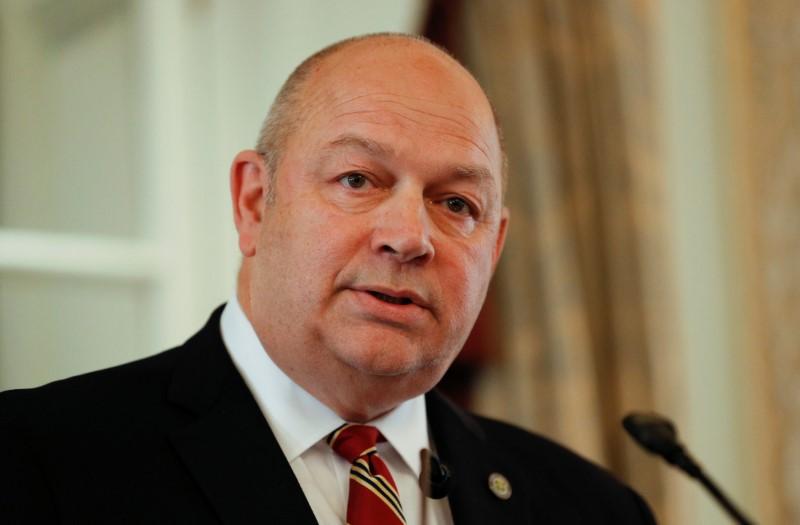 (Reuters) – Federal Aviation Administration chief Steve Dickson acknowledged on Wednesday that Boeing and the U.S. air safety agency both made mistakes in the development of the 737 MAX jetliner, grounded for more than a year following fatal crashes.

During a particularly tense exchange at a Senate Commerce committee hearing on aircraft certification, Senator Ted Cruz accused Dickson of speaking in the passive voice as a way of “avoiding responsibility” after Dickson told him “mistakes were made.”

“So unknown somebodies made unspecified mistakes for which there were no repercussions,” Cruz said. “What mistakes were made and who made them?”

After a pause, Dickson said, “The manufacturer made mistakes and the FAA made mistakes in its oversight. The full implications of the flight control system were not understood as design changes were made.”

Congressional investigators for more than a year have been seeking documents and interviews with FAA officials to shed more light on the certification of the 737 MAX and key safety systems, including the so-called MCAS flight control system, that have been faulted in two fatal crashes.

Other senators told the hearing the agency was “stonewalling” its investigation into the 737 MAX’s development, and said the FAA was like “a dog watching TV” when it came to policing Boeing’s work.

“This record of delay and non-responsiveness clearly shows at best an unwillingness to cooperate,” Senator Roger Wicker told Dickson earlier in the hearing. “Your team at the FAA has attempted deliberately to keep us in the dark.”

Dickson told Wicker he was “totally committed to the oversight process.”

“I believe it is inaccurate to portray the agency as unresponsive,” Dickson said, pointing to its cooperation in multiple investigations. “There is still ongoing work.”

The hearing came a day after Wicker and Maria Cantwell, ranking Democrat on the committee, introduced bipartisan legislation that would strengthen FAA oversight of the way Boeing designs aircraft.

The proposal marks the most significant step toward reforms following the 2018 and 2019 737 MAX crashes in Indonesia and Ethiopia, which killed 346 people in a five-month span and triggered investigations into how Boeing and the FAA determine aircraft meet safety requirements.

Boeing has failed to win regulatory approval to return the 737 MAX to commercial service since the plane was grounded worldwide in March 2019, plunging the Chicago-based manufacturer into a crisis long since compounded by the COVID-19 pandemic.

The Aircraft Safety and Certification Reform Act of 2020, introduced on Tuesday, would give the agency new authority to hire or remove Boeing employees conducting FAA certification tasks, and grant new whistleblower protections to employees, among other provisions.

Early in the hearing, Dickson told Cantwell he did not think it would add to the safety of the process if the FAA appointed the certification employees itself but agreed to look at the Senate proposal.

He also told lawmakers there were many items in the legislation “that are exactly on point.”

“Those additional resources would be very helpful,” he said, referring to another bill provision that would authorize $150 million over 10 years for new FAA training and to hire specialized personnel to develop technical standards for new technologies and operations.