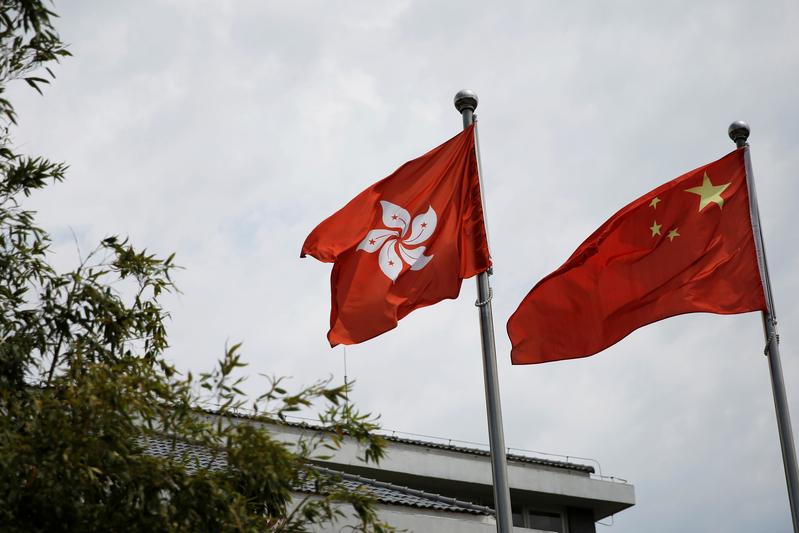 The Chinese and Hong Kong flags flutter at the office of the Government of the Hong Kong Special Administrative Region in Beijing, China May 25, 2020. REUTERS/Tingshu Wang

Xie Feng, Commissioner of China’s Ministry of Foreign Affairs in Hong Kong, made his remarks during a speech on proposed national security legislation in Hong Kong.