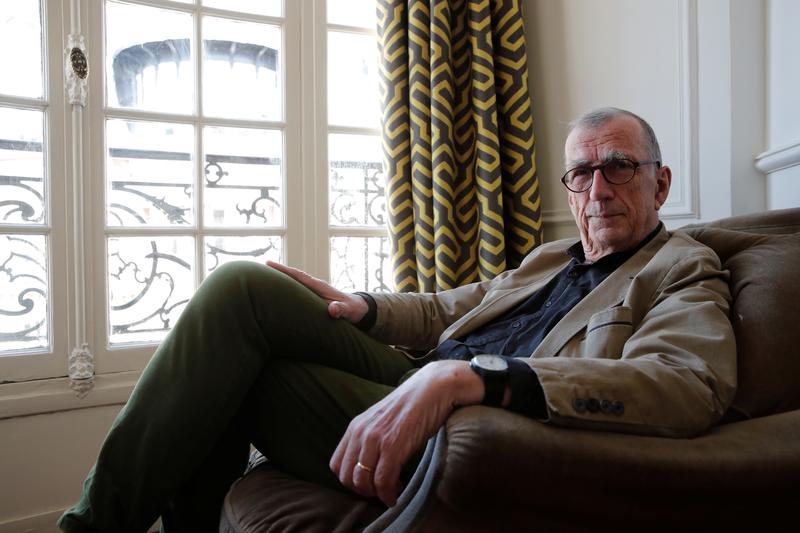 PARIS (Reuters) – What if rather than hurrying back to a pre-lockdown “business as usual” to revive economies hammered by the coronavirus pandemic, countries built a new normal where the fight against climate change was paramount?

French philosopher Bruno Latour, a life-long environmental activist, is advocating just this, inviting people to resist a return to the old ways as governments ease restrictions.

Latour, 72, says the pandemic has unexpectedly showed it is possible to shut down global economic activity, despite leaders saying for decades that the train of progress could not be stopped.

The lockdowns have showed “we could actually take immensely drastic measures in a matter of days to counter a threat. So in that sense, when people say we cannot do anything, it’s clearly wrong,” Latour told Reuters in an interview.

However, he noted that the scale of changes and decisions to be made to stem climate change are “many times more complicated and more drastic than the ones we have (with the coronavirus)”.

France has been one of countries worst hit by COVID-19, with nearly 26,000 deaths to date. With new infections slowing, the government announced this week that a gradual easing of its nearly two-month lockdown would start from Monday – signalling a slow return to business as usual.

“We should not miss the chance of doing something else”, said Latour, who has built himself an international reputation with his case studies of scientists, notably French biologist Louis Pasteur, and his philosophical work to show nature and society are not opposites but closely intertwined.

Latour’s call echoes a study published on Tuesday in which a group of top U.S. and British economists said massive programmes of public investment targeting green issues would be the most cost-effective way to both revive economies and strike a decisive blow against climate change.

Just as people around the world have been asked to adopt new behaviours to stop the spread of the virus – social distancing, wearing masks, coughing in your sleeve – Latour says all individuals should think of “protective measures” against a return to the pre-crisis production model.

He has issued a questionnaire on his website, translated into at least a dozen languages, asking people to describe how they would like the world to evolve, what they want to be definitely dropped or what should be developed.

He said he had received hundreds of responses and was organising workshops.

“Maybe, if it works, we’ll link them to groups of people who can actually (…) stop something”, he said, adding, “Can we do it politically? One way is to stop buying the things we don’t want. The power of the consumer is immense”.

That said, Latour does not overstate the importance of his initiative.

He said he is concerned that the scale of the crisis, which has put millions of people out of work around the world, will in fact send environmental concerns onto the back-burner.