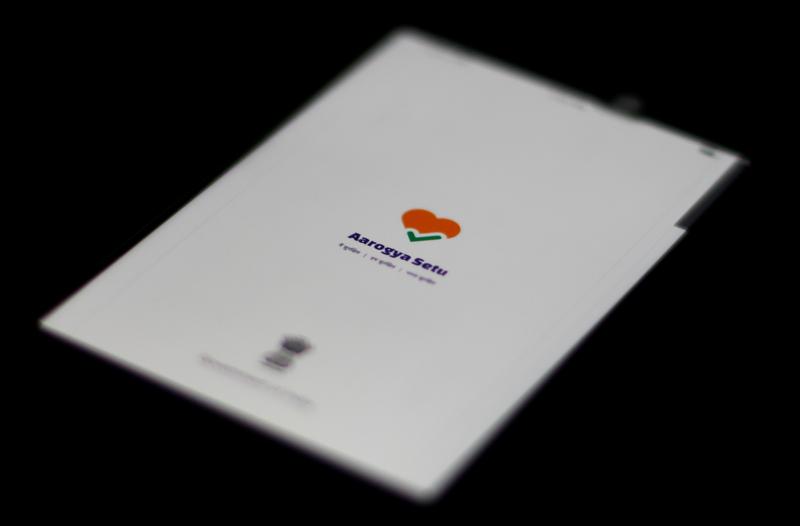 NEW DELHI (Reuters) – A court asked the Indian government on Friday to respond to a challenge against its order for compulsory use of a contact tracing app by public and private sector employees returning to work amid the world’s biggest coronavirus lockdown.

FILE PHOTO: The Aarogya Setu app logo is seen on a mobile phone in this illustration picture taken May 3, 2020. REUTERS/Adnan Abidi/Illustration

India launched the Aarogya Setu, or “Health Bridge”, app last month. Downloaded to the phones of 94 million Indians, it makes use of Bluetooth and GPS to alert users who may have encountered people who later test positive for the virus.

But mandatory use of the app forces a user to “give away data to a system which he may or may not approve of, thereby attacking his right of informational autonomy,” a member of the opposition Congress party said in a petition to the high court in the southern state of Kerala.

“Such coercive and forcible extraction of personal information from an individual is unheard of in a democratic and republic setup and it is attribute of a dictatorial system,” said the petition, a copy of which was reviewed by Reuters.

The court has fixed a hearing on May 12.

India’s technology ministry did not immediately respond to an email from Reuters to seek comment.

The app was initially available only on smartphones running on Google’s (GOOGL.O) Android and Apple’s (AAPL.O) iPhones, leaving out nearly 400 million people who use only basic feature phones.

Officials at the tech ministry and a lawyer who framed the app’s privacy policy have said it needs to be on at least 200 million phones to be effective among a population of 1.3 billion.

Now, seeking to widen its use, New Delhi plans to launch within days a version for mobile carrier Reliance Jio’s $9 internet-enabled phones, Reuters has reported.

The app can help authorities identify virus hotspots and better target health efforts, the tech ministry said in late April, adding that information would be used “only for administering necessary medical interventions”.

New Delhi has said the app will not infringe privacy as data is collected anonymously.

As India scales back in low-risk zones the shutdown that began on March 25, it has vowed to hold company heads responsible for ensuring that all returning workers use the app.

Digital rights activists have criticised the order as a violation of the principle of consent. Critics, including a French hacker, have raised privacy concerns and want the app’s source code made public, but the government says it is safe.

App use should be mandatory only in containment zones, Delhi-based think tank the Dialogue told the government, calling for independent data auditing to preserve checks and balances.

Many nations are using similar apps but some, such as Australia and Colombia, are turning to technology from Apple and Alphabet’s Google amid citizens’ privacy concerns and glitchy state-backed systems.