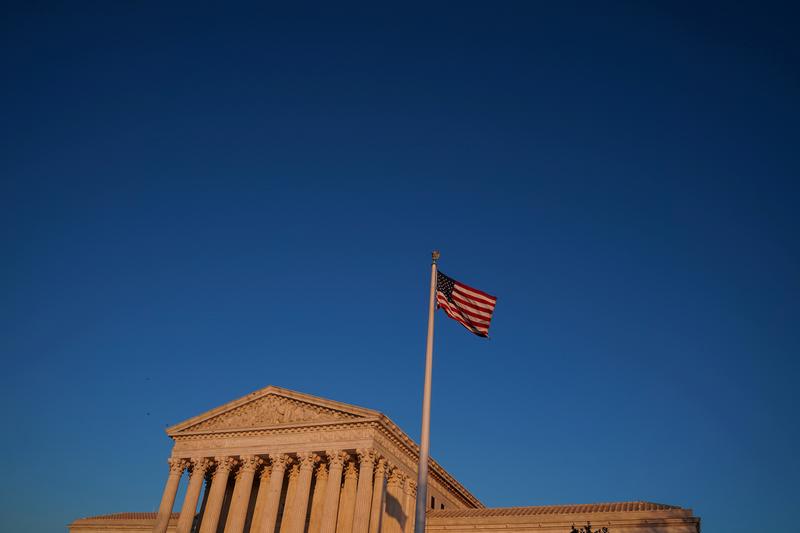 WASHINGTON (Reuters) – The U.S. Supreme Court’s experiment in conducting oral arguments by teleconference this week – a change forced by the coronavirus pandemic – went rather smoothly right up until what sounded suspiciously like a toilet flush was broadcast to the world.

It occurred during the court’s second argument on Wednesday and fourth of the week when liberal Justice Elena Kagan was questioning attorney Roman Martinez in a case involving a federal law cracking down on so-called robocalls.

While Martinez was speaking, what sounded like a click and a rush of water could be heard on the audio feed provided by the court and broadcast live on cable channel C-SPAN and elsewhere. A clip of the audio quickly swirled around on social media.

Martinez said in an email the sound did not come from his end of the conversation. Court spokeswoman Kathy Arberg did not immediately respond to a request seeking comment.

Wednesday was the third day that the justices heard arguments by teleconference instead of in person – a historic first for a tradition-bound court that has long been reluctant to embrace new technology, taken in response to the health risks posed by the pathogen. The justices will use the new format three days next week as well.

The various glitches encountered during the arguments were small. As in prior days, some justices on Wednesday could not immediately be heard when called upon by Chief Justice John Roberts, likely because they had forgotten to unmute their phones. Roberts each time gave them their turn later.

In addition, in a couple of instances, cellphones could be heard pinging in the background. Roberts, before the second argument on the telephone law, said, “Before we get started I’d like to remind everyone to turn their cellphones off.”

Justice Stephen Breyer missed his turn to ask questions, but when he finally got his chance he said the reason for his delay was that someone had tried to call him at the same time he was about to speak.

This week marked the first time the court had ever provided a live audio feed, making them the first arguments that the public could follow as they unfolded.

Justice Clarence Thomas, in a departure from his usual practice of remaining silent during arguments, asked questions during all four of the cases argued by teleconference. The call-in format also enabled Justice Ruth Bader Ginsburg, who was hospitalized in Baltimore for treatment on Tuesday for a benign gall bladder condition, to take part in Wednesday’s two arguments.

Advocates for greater transparency at the high court have seized on the teleconference format to renew their calls for the justices to make live coverage of arguments a permanent change.