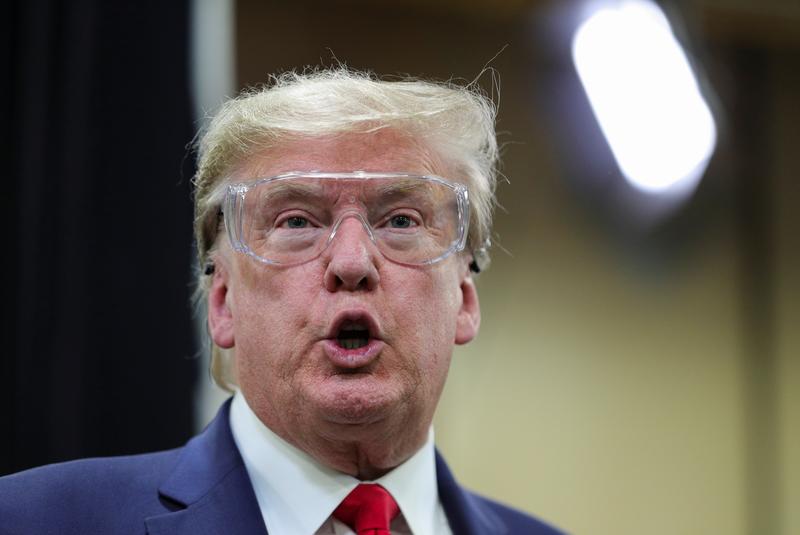 WASHINGTON (Reuters) – U.S. President Donald Trump said on Wednesday he did not wear a mask during a tour on Tuesday of a Honeywell International Inc factory in Arizona after consulting the company’s chief executive, despite requirements at the plant that workers wear them.

Trump, speaking to reporters at a White House event marking National Nurses Day, said he tried some masks on backstage, including one from Honeywell, 3M and about four others.

The president has not been wearing a mask in public despite health advice from his administration encouraging people to do so to prevent the spread of the coronavirus. Trump said before embarking on his trip to Arizona to visit a plant that made masks that he would likely wear one when he was there.

He did not wear one for the majority of his visit, but he told reporters he had one on at least briefly.

Trump took a tour of the facility, held a meeting about how the virus was affecting native Americans, and gave remarks, all without a mask.

Asked how long he had one on, Trump said, “Not too long, but I had it on. I had it on … backstage. But they said you didn’t need it.”

Trump wore safety goggles during the factory tour. Production workers wore masks and a sign was visible that read: “Attention: Face Mask Required in this Area. Thank You!”

Some of the officials who joined Trump for the tour also did not wear masks.

Honeywell said on Wednesday, “Following White House recommended protocol, a small number of individuals directly interfacing with the president … were tested for COVID-19 immediately prior to the event, received negative test results, and were permitted to not wear masks … All others present were wearing masks … in accordance with Honeywell’s site policy.”

Vice President Mike Pence was criticized in recent days for not wearing a face mask when visiting patients at the Mayo Clinic last week, something he apologized for during a television interview on Sunday.