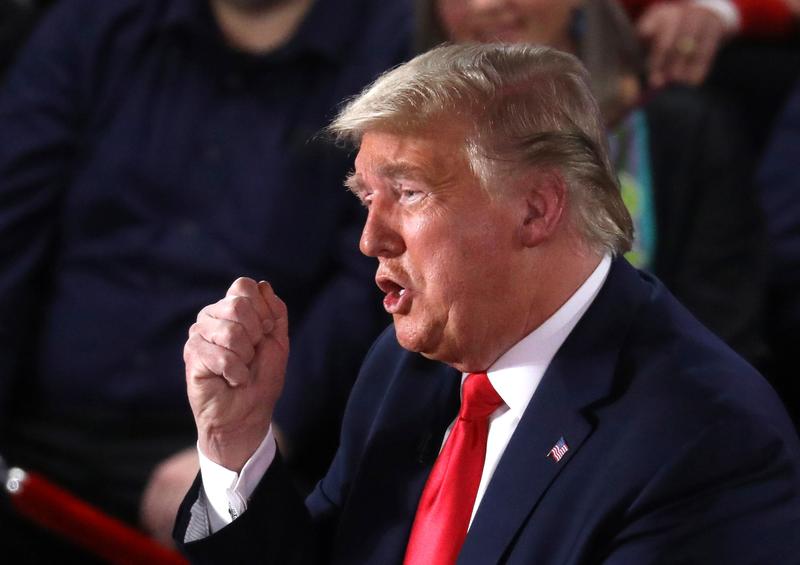 With Biden’s campaign beginning its own offensive against Trump – insisting November’s election must be a referendum on the Republican president’s handling of the coronavirus crisis – the Trump team has decided to turn its sights on Biden’s own record.

The president’s campaign will spend at least $10 million on nationwide ads that will air on TV networks, broadcast outlets and online, according to an aide who spoke on the condition of anonymity.

The Trump campaign has decided here that blaming China for the pandemic is one message that resonates with many voters, and it is using Biden’s own record on China as a way to attack him. The coronavirus outbreak began in the Chinese city of Wuhan.

In one ad, the Trump campaign accuses former Vice President Biden of opposing travel restrictions on foreign nationals coming from China that Trump announced in January, saying that Biden will not “stand up” to the country.

The Biden campaign denounced the message. Andrew Bates, a Biden spokesman, pointed out that Trump had earlier praised China for its handling of the coronavirus outbreak in January and February and accused him of having “horrifically mismanaged the worst public health crisis in over 100 years.”

Biden’s campaign spent millions on ads during the Democratic Party primary and is expected to spend more in the coming months, along with aligned political groups. Some $1.7 billion is expected to be spent on ads in the 2020 Trump-Biden race, according to Advertising Analytics and Cross Screen Media, two advertising companies.

Since the pandemic struck the United States, over 70,000 Americans have died and over 30 million have filed for unemployment, the biggest and most rapid loss of jobs in U.S. history.

Recent polls have shown a tight race between the two, despite the health and economic wreckage wrought by the pandemic. In the latest Reuters/Ipsos poll conducted Monday and Tuesday, 45% of Americans said Trump would be better at creating jobs, compared with 32% who thought Biden would be better at it. Overall, Biden’s recent lead over Trump had essentially vanished, according to the poll.

Before the first ads began airing, Trump’s campaign manager, Brad Parscale, sent a tweet likening their re-election campaign to the “Death Star”, a “Star Wars” reference to a space station that could destroy a planet. The Biden campaign pointed out that the Death Star gets blown up at the end of the 1977 film, the original movie in the “Star Wars” franchise.