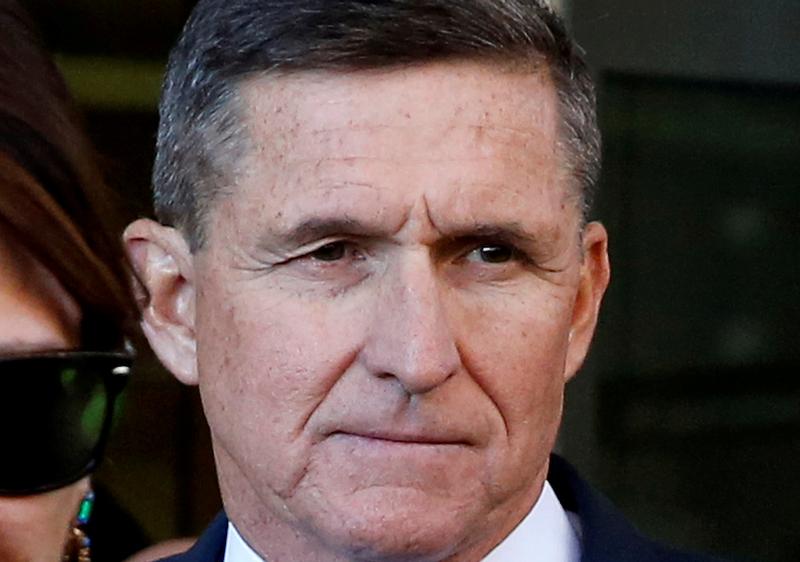 WASHINGTON (Reuters) – A lead career prosecutor on Thursday abruptly withdrew from handling the criminal case against President Donald Trump’s former national security adviser Michael Flynn, following a growing campaign by Trump’s allies to have the case against him dropped.

Prosecutor Brandon Van Grack did not provide an explanation for why he was withdrawing from the case in a court filing.

Van Grack also on Thursday withdrew from handling other cases for the Justice Department, according to court filings. A DOJ spokesperson did not immediately respond to a request for comment.

Van Grack’s departure comes less than three months after Attorney General William Barr said he was appointing Jeffrey Jensen, the U.S. Attorney for the Eastern District of Missouri, to review the Justice Department’s handling of the case.

Flynn pleaded guilty in late 2017 to lying to the FBI about interactions with Russia’s ambassador to the United States in the weeks before Trump took office, marking one of the first cases to emerge from former Special Counsel Robert Mueller’s investigation.

Flynn is now seeking to withdraw his guilty plea.

Flynn’s defense team, led by conservative lawyer Sidney Powell, has frequently attacked Van Grack’s integrity as part of a broader effort to convince a judge that the FBI framed and entrapped Flynn.

That pressure increased last week, after partially redacted documents turned over to Flynn’s defense and then made public in the court record showed more about the FBI’s thinking ahead of its interview with Flynn.

In them, an unidentified FBI agent wrote: “What is our goal? Truth/admission or to get him to lie, so we can prosecute him or get him fired?”

The Flynn case marks the second high-profile matter this year in which career prosecutors withdrew, following interventions from Barr.