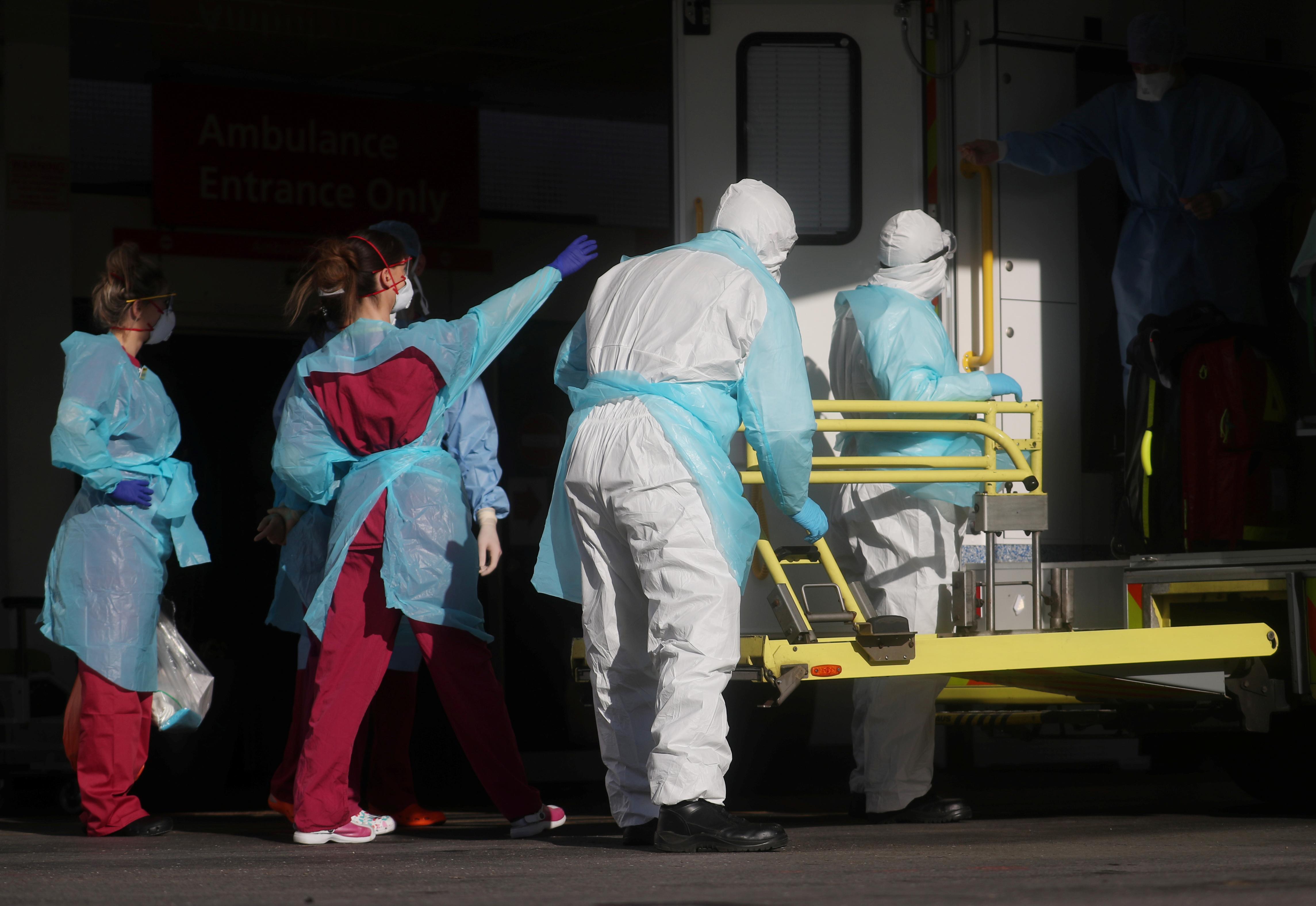 LONDON (Reuters) – The number of deaths from coronavirus in the United Kingdom rose by 27% in the space of a day, according to new figures on Tuesday that a senior cabinet minister described as shocking and disturbing.

The government said 1,789 people have died in hospitals from coronavirus as of 1600 GMT on Monday, an increase of 381 from Sunday, the largest rise in absolute terms yet.

“The increase in the number of deaths is deeply shocking, disturbing (and) moving,” Cabinet Office minister Michael Gove said at a news conference, adding that it was not possible to predict when fatalities would peak.

“It depends on the actions of all of us,” he added. “We can delay that peak, we can flatten the curve through our own particular actions.”

Britain initially took a gradual approach to containing the virus compared with European countries such as Italy.

But Prime Minister Boris Johnson imposed stringent controls after projections showed a quarter of a million people could die. Johnson has since become the first leader of a major power to announce a positive test result for coronavirus.

Britain lags Italy, Spain and France in terms of the number of deaths, but they are still doubling around every 3.5 days.

While that is similar to the trajectory of Italy – the world’s worst-hit country – when it was reporting similar numbers of deaths just over two weeks ago, British officials said on Tuesday they saw tentative reasons for optimism.

Official figures showed confirmed cases rose 14% between Monday and Tuesday to 25,150 as of Tuesday at 0800 GMT, the third day of increases around that rate – slowing from around 22-24% last Thursday and Friday.

“We’re not out of the woods, we’re very much in the woods, and it’s really important that we keep complying with those instructions,” said Stephen Powis, director of the National Health Service in England.

The government also announced the first medical ventilators which Britain has recently ordered from businesses will be ready this weekend and available to the health service next week.

The Daily Mail reported that the first batch would be 30 units.