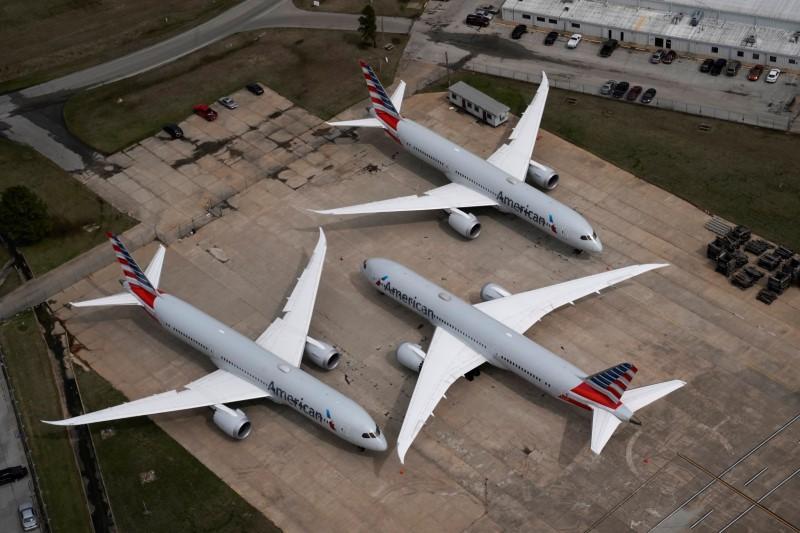 American Airlines passenger planes crowd a runway where they are parked due to flight reductions to slow the spread of coronavirus disease (COVID-19), at Tulsa International Airport in Tulsa, Oklahoma, U.S. March 23, 2020. REUTERS/Nick Oxford

WASHINGTON (Reuters) – U.S. airlines would receive direct grants and would not be able to lay off employees for a set time under the coronavirus relief legislation agreed to by the U.S. Senate on Wednesday, according to a CNBC report.

The U.S. government would take an equity share in airlines receiving federal funds, according to the report. The $2 trillion stimulus package would provide payroll tax cuts for employers, but that would need to be paid back in coming years, it said.