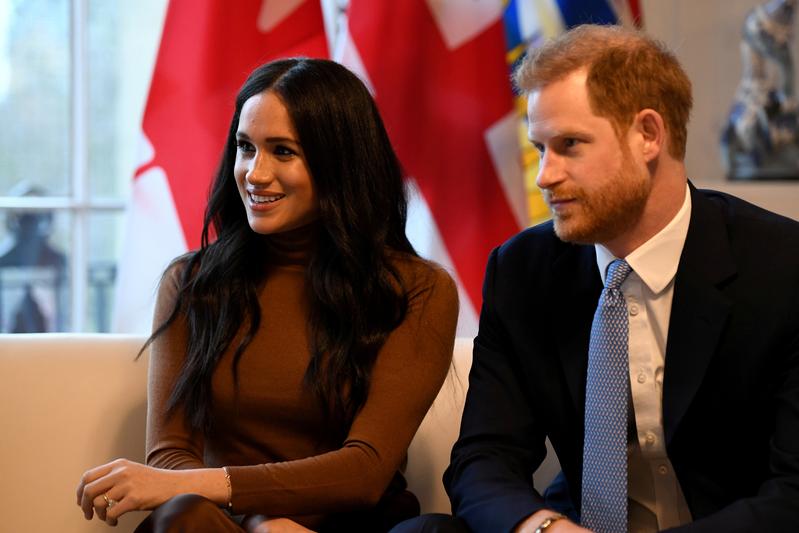 LONDON (Reuters) – Britain’s Prince Harry and his wife Meghan will appear together at an official engagement on Thursday for the first time since January’s announcement that they would step away from their royal duties.

The appearance by the Duke and Duchess of Sussex, as Queen Elizabeth’s grandson and Meghan are officially known, at an awards ceremony for wounded service personnel will also be one of their last before they quit as working members of the royal family.

The couple will stop their royal duties at the end of the month as they seek to carve out “a progressive new role”, mainly based in North America, which they aim to finance themselves.

While Harry remains a prince, they have agreed not to use the HRH titles – His or Her Royal Highness – and will not use “royal” in their branding, even though they said there was no jurisdiction by the monarchy or the government to stop them using the word overseas.

The couple have spent most of their time in Canada since January’s shock announcement.

Meghan’s last official engagement was to visit Canada House in London days before that announcement. The prince returned to royal duties at the end of last month, when the host at the event said people should just “call him Harry”.

On Thursday, the couple will attend the annual Endeavour Fund Awards at Mansion House which acknowledges the achievements of wounded or sick servicemen and women who have taken part in remarkable sporting and adventure challenges.

Harry, sixth in line to the throne, will carry out a solo engagement on Friday when he opens a new museum dedicated to British motor racing where he will be joined by Formula One world champion Lewis Hamilton.

Next week, Harry, 35 and Meghan, 38, will carry out what is expected to be their last official appearance alongside other senior royals including the 93-year-old queen, Harry’s father and heir-to-the-throne Prince Charles, and his brother Prince William at the annual Commonwealth Service at London’s Westminster Abbey.

British newspapers have reported that the queen has been saddened that she has seen so little of Harry and Meghan’s son Archie, her eighth great-grandchild who has remained in Canada.

Harry and the queen had a meeting to discuss his future at her Windsor Castle home last weekend, a royal source confirmed, with the Sun tabloid reporting it had been a “heart to heart” talk at which she said he would always be welcomed to rejoin the royal fold.