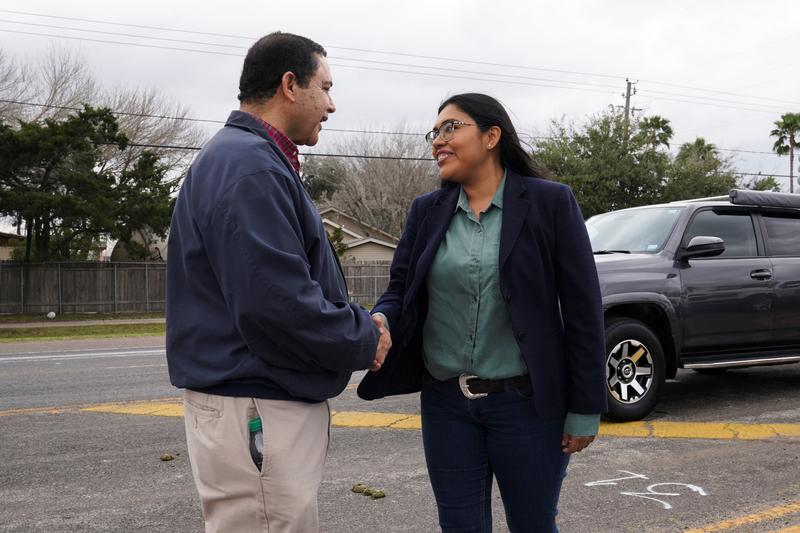 WASHINGTON (Reuters) – Republican Jeff Sessions, former attorney general under President Donald Trump, was locked in a tight race as he tried to take a step towards returning to the U.S. Senate on Tuesday in a wave of congressional primaries.

Voters in a handful of states on Tuesday will weigh in on lower-level races including primaries for the Senate and U.S. House of Representatives, as well picking among candidates seeking the Democratic presidential nomination.

Below are some highlights from Tuesday’s other races:

Sessions, who in 2016 was the first Senate Republican to endorse Trump before joining the administration, is seeking his party’s nomination to challenge incumbent Doug Jones, the Senate’s most imperiled Democrat.

In early returns Tuesday night, Sessions was essentially tied with Tuberville, with 14 of 67 counties reporting.

Trump, who forced Sessions out of the Justice Department after repeatedly criticizing his decision to recuse himself from the Russia probe, has not endorsed any of the contenders.

Incumbent Republican U.S. Senator Thom Tillis will face Democratic businessman and former state senator Cal Cunningham in the race for a U.S. Senate seat in North Carolina. Tillis is considered vulnerable in the swing state, which has been trending more liberal with growth in the Charlotte area.

The race became more controversial in recent weeks after reports emerged that Republicans had purchased television advertisements boosting another Democratic candidate, state lawmaker Erica Smith. Republicans were accused of trying to boost Smith in a bid to prevent Cunningham, who is seen as a stronger opponent, from winning the nomination.

Democrat Jessica Cisneros, who is campaigning for a House seat, meets her opponent U.S. Rep. Henry Cuellar (D-TX) for the first time during the campaign trail at the Citrus Parade in Mission, Texas, U.S. January 25, 2020. Picture taken January 25, 2020. REUTERS/Veronica Cardenas

Democratic Representative Henry Cuellar, who represents a district along the Mexican border, has drawn a challenge by Jessica Cisneros, a liberal immigration attorney from San Antonio, who has criticized him as too moderate.

Cisneros has won the endorsement of Representative Alexandria Ocasio-Cortez, who in 2018 successfully ousted a longtime New York City congressmen in a similar insurgent challenge.

As one of the most at-risk Democrats facing a primary, Cuellar has received backing in the contest from traditionally conservative interests, including business groups and an organization funded by one of the Koch brothers.

On the Republican side, long-time U.S. House member Kay Granger is facing a challenger who contends she has insufficient conservative credentials.

Chris Putnam, who formerly held a local city government office, has contended that Granger has not done enough to support Trump.

Some 13 Democrats are jostling for the chance to take on Republican U.S. Senator John Cornyn. A handful have emerged as the front-runners.

MJ Hegar, a female Air Force veteran who made an unsuccessful bid for the U.S. House in 2018, was originally seen as the Democratic favorite.

There is a multi-pronged fight for the Southern California district formerly represented by Katie Hill, who resigned after admitting to having a relationship with a campaign staff member.

Six Democrats and six Republicans are running in California’s open primary to replace Hill. The top two candidates will advance to the general election in November, regardless of their party affiliation. However, if one candidate wins more than 50% of the vote on Tuesday, he or she will simply win the seat.

The Democrats include Cenk Uygur, founder of the liberal online news outlet The Young Turks. He picked up the endorsement of Democratic presidential candidate Bernie Sanders and then lost it after Uygur’s past remarks about women and religious groups came to light.

California Assemblywoman Christy Smith appears to be the establishment favorite, picking up an endorsement from Hill and party officials.

The six Republicans running in the special election include George Papadopoulos, a former Trump campaign aide who was convicted of lying to the FBI as part of the investigation into whether Russia interfered in the 2016 presidential election. Papadopoulos does not live in the district.

Mike Garcia, a businessman and former Navy pilot, entered the race before Hill resigned, hoping to oust her in November. But now he finds himself the favored candidate in the special election and primary.