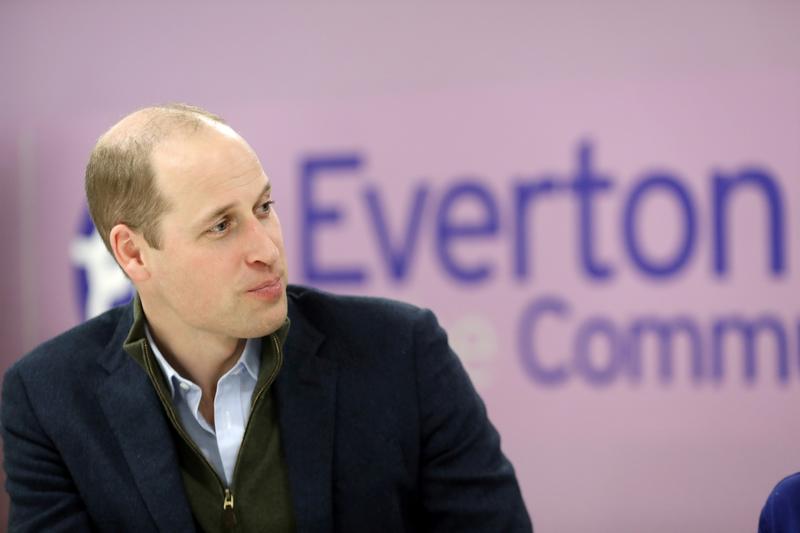 DUBLIN (Reuters) – Prince William asked emergency workers if they thought coronavirus was being hyped up by the media during his first official visit to Ireland.

Chatting to them at a reception organised by the British ambassador at Dublin’s Guinness brewery on Tuesday evening, William also joked that he and his wife Kate were spreading coronavirus.

“I bet everyone’s like: ‘I’ve got coronavirus, I’m dying’, and you’re like ‘no, you’ve just got a cough,’” William said to the emergency workers.

“Does it seem quite dramatic about coronavirus at the moment? Is it being a little bit hyped up do you think in the media?”

There have been 51 cases of coronavirus so far in Britain, and the government issued a action plan on Tuesday which included a warning that more than a fifth of employees could be off work at the peak of the outbreak. Ireland has two confirmed cases.

“By the way, the Duke and Duchess of Cambridge are spreading coronavirus! Sorry!” William also joked at the event. “We’re keeping an eye on that, so do tell us if we need to stop!”

During the reception at the brewery, where William’s grandmother Queen Elizabeth was filmed pouring a pint during a 2011 visit, he quipped that “it is not often that I find myself following the queen to the pub.”

He also thanked the crowd for contributing to the “very special relationship between our two countries.”

The royal couple are making their first official trip to the Republic of Ireland, to boost ties between the neighbouring states that were damaged by fraught, protracted negotiations ahead of Britain’s departure from the European Union.

On Wednesday, the second day of the couple’s tour of Ireland, William and Kate toured a Dublin-based charity that provides mental health support for young people before travelling to a social justice charity in County Kildare.