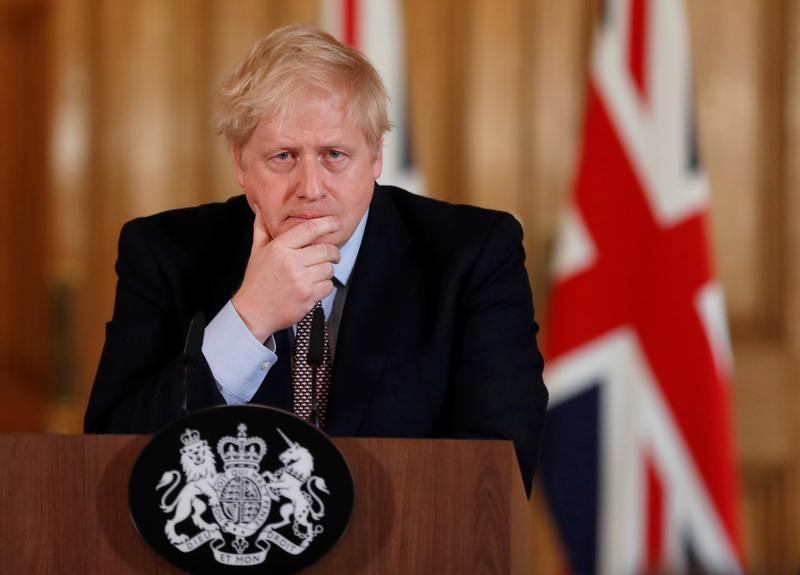 LONDON (Reuters) – Britain unveiled its “battle plan” to tackle the spread of coronavirus on Tuesday, warning that as many as a fifth of employees could be off work at the peak of the outbreak.

The United Kingdom has so far had 39 confirmed cases of the virus, and Prime Minister Boris Johnson said it was “highly likely” the country would see a growing number of cases.

The government’s plan includes possible school closures, home working and cancelling large-scale gatherings to delay the peak of the outbreak. Businesses could be given extra time to pay their taxes if they are facing short-term cash flow issues.

“This is a national challenge … I think we’ll get through it in very good shape,” Johnson said at a news conference alongside England’s Chief Medical Officer Chris Whitty and the government’s Chief Scientific Adviser Patrick Vallance.

The government said its strategy was aimed at delaying the peak of the outbreak until the summer when the weather is warmer and the health service is under less seasonal pressure. This would also allow more time for the development of vaccines.

Possible options include discouraging unnecessary travel as part of what it called a “social distancing” strategy, delaying non-urgent health care, and drafting in health professionals who have retired.

If staff shortages impact emergency services such as the police force, they will focus on responding to serious crimes and maintaining public order. Johnson said the army was also ready to step in and provide back up to the police if needed.

If the outbreak worsens or is severe and prolonged, the government said it would move from seeking to contain and delay the outbreak to mitigating its impact.

The government will launch a major public information campaign later this week, run from a “war room” in the Cabinet Office, setting out steps people can take to limit the spread of the virus, such as washing their hands regularly.

Johnson’s office said it would also publish legislation in the coming weeks which would give the government necessary powers to prepare for and tackle the outbreak.

Whitty said he thought it was unlikely Britain would be in the situation of locking down individual cities, but all options would be kept available. [nL9N29I01C]

Finance minister Rishi Sunak has asked officials to draw up “further measures to support the public health response, businesses and the economy as needed” and will give an update when he presents his first budget to parliament on March 11.

Bank of England Governor Mark Carney said policymakers around the world were working on a “powerful and timely” response to the economic hit from coronavirus. [nL8N2AW31J]

“It is reasonable to expect a response that reflects a combination of fiscal measures and central bank initiatives,” he said.