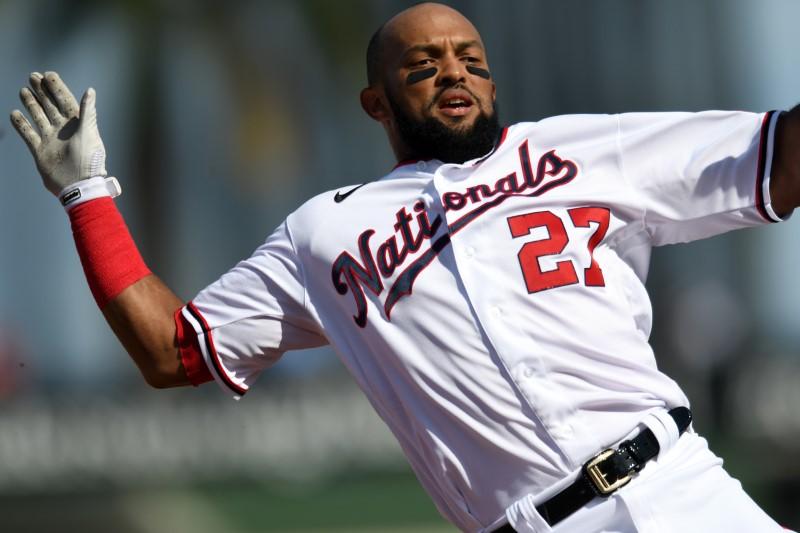 Emilio Bonifacio delivered the decisive single to center with two outs in the bottom of the ninth inning to give the Washington Nationals a 3-2 victory over the Miami Marlins on Monday at West Palm Beach, Fla.

The Nationals knotted the score at 2 in the fifth when Adrian Sanchez homered to left field.

The Marlins scored both their runs in the fourth with Jesus Aguilar’s tiebreaking single to right giving the club a 2-1 lead.

Jose Godoy recorded a two-run single to help St. Louis knock off visiting Minnesota at Jupiter, Fla. Gilberto Celestino had a run-scoring double for the Twins.

Right-hander Matt Shoemaker struck out five and gave up one hit in 2 2/3 scoreless innings to help host Toronto blank Pittsburgh at Dunedin, Fla. The Pirates had just three hits — all singles — against six Blue Jays’ hurlers.

Travis Demeritte slugged his second homer of the game, a three-run shot with two outs in the bottom of the ninth, to cap a six-run inning as Detroit rallied to salvage a tie with Boston at Lakeland, Fla. Marcus Wilson, Bobby Dalbec and Connor Wong went deep for the Red Sox.