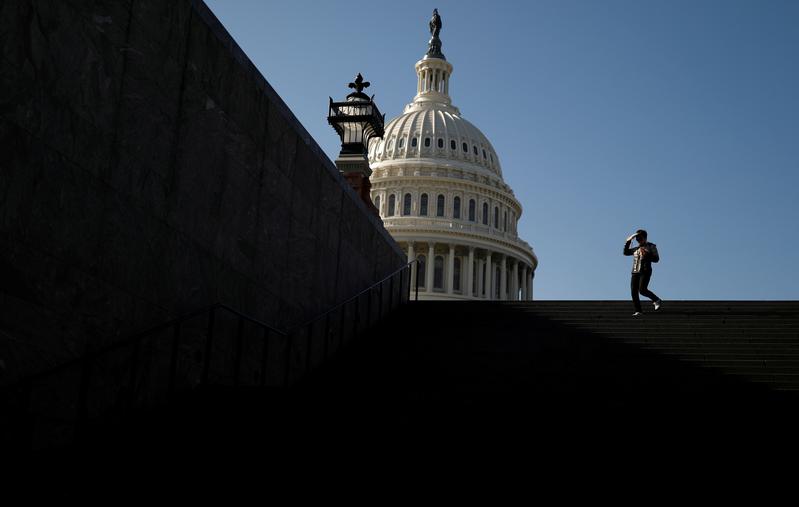 (Reuters) – The White House on Friday named members of U.S. President Trump’s defense team for his impeachment trial, which will begin in earnest next week.

FILE PHOTO: A visitor walks outside of the U.S. Capitol ahead of an expected House of Representatives vote on appointing managers for the Senate impeachment trial against U.S. President Donald Trump in Washington, U.S., January 15, 2020. REUTERS/Tom Brenner

Here is what to look out for next as the proceedingsadvance.

– If the Democratic-led House of Representatives wants to file a trial brief laying out its arguments supporting charges of abuse of power and obstruction of Congress against Trump, it must do so by 5 p.m. (2200 GMT) on Saturday.

– Trump has until 6 p.m. (2300 GMT) to respond in writing to a summons from the Senate, notifying him of the trial and the charges against him.

– The House has until noon (1700 GMT) to file its reply to Trump’s response to the trial summons.

– Trump has until noon (1700 GMT) to file a trial brief thatwould contain detailed materials from his lawyers.

– If the White House files a trial brief on behalf of Trump,the House has until noon (1700 GMT) to file a rebuttal brief ifit so chooses.

– The trial resumes at 1 p.m. (1800 GMT) and is expected to continue six days a week, with the exception of Sundays.

– A vote could be held sometime during the day on SenateMajority Leader Mitch McConnell’s proposed rules governing thefirst phases of the trial, which would leave open the option ofvoting later on whether witnesses would testify and new evidencecould be introduced.

– Democratic House “managers” who form the prosecution teamwill begin to present their case against Trump, and thepresident’s legal team will respond, with senators sitting asjurors.

– Following the opening arguments, which could take days topresent, senators would then be given time to submit questionsto each side.

– Democrats will push to hear from witnesses during the trial. If McConnell’s resolution on initial trial rules is adopted, as expected, senators would likely vote some time after the trial has started on whether to introduce witness testimony sought by the Democrats.

– Trump is scheduled to deliver the annual State ofthe Union address to a joint session of Congress.