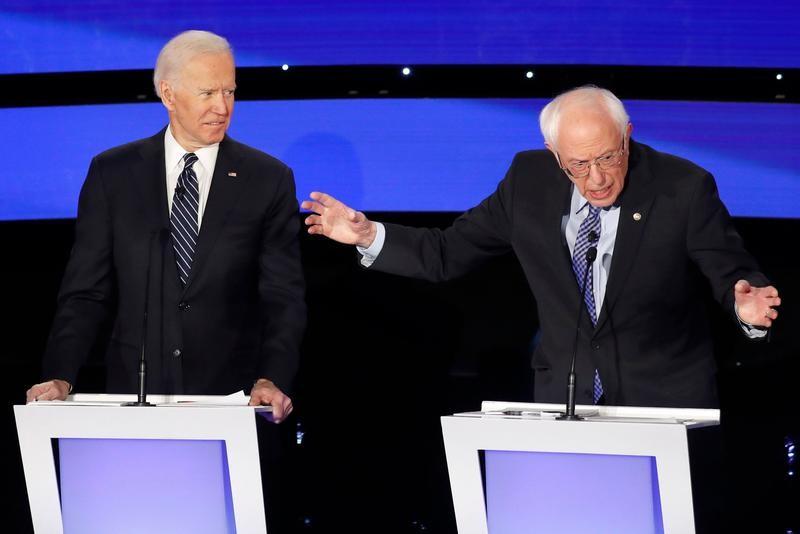 Biden on Saturday accused Sanders’ campaign of misleading voters with a video his staff said showed Biden expressing support for cuts to the retirement and disability benefits program, but which Biden claimed was deceptively edited.

But Sanders’ campaign has continued to call attention to what it says is Biden’s decades-long record of pushing measures that would reduce funding to the program.

“I think anyone who looks at the vice president’s record understands that, time after time after time, Joe has talked about the need to cut Social Security,” Sanders told reporters at a campaign stop in Concord, New Hampshire.

Responding to the suggestion his campaign had taken Biden’s comments out of context, Sanders said Biden’s record as a whole showed Biden “believes it appropriate to cut Social Security,” freeze cost-of-living adjustments that regularly raise benefits, or to raise the retirement age.

“You can argue about one video, whether it was full context, but the real issue is Joe voted, if my memory is correct, for the balanced budget amendment,” referring to a 1995 vote on a constitutional amendment that would have forced administrations to balance federal budgets, which Sanders suggested would entail cutting Social Security.

Biden campaign spokesman Andrew Bates said the former vice president was “a champion of Social Security” and had argued for its expansion.

“He’s running on a plan to significantly grow its benefits, paid for with new taxes on the wealthiest Americans,” said Bates.

Sanders’ criticism came as his campaigned this weekend in New Hampshire, the which holds its primary election on Feb. 8, and told voters he would not engage in fights with his Democratic rivals, after a spat with U.S. Senator Elizabeth Warren that drew attention away from the liberal proposals of both candidates.

“Joe is a friend of mine, I like him, but there is nothing wrong with talking about our record,” said Sanders. “His record on many issues on Iraq, trade, bankruptcy, Social Security is different than mine. And I don’t think that it is wrong to be talking about those things.”

Biden on Sunday sent an email to supporters urging them to donate to his campaign to defend against “a barrage of negative attacks lying about and distorting my record” from the Sanders camp.