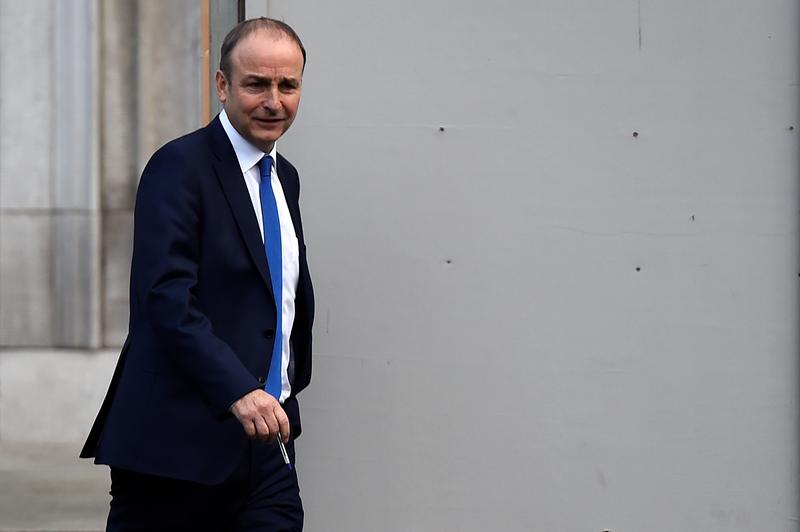 DUBLIN (Reuters) – Ireland’s main opposition party, Fianna Fail, surged into a 12-point lead over the governing Fine Gael party according to an opinion poll that was published on Sunday but conducted mainly before Prime Minister Leo Varadkar called a snap election.

Varadkar called the Feb. 8 poll on Tuesday, kicking off a campaign that will pit his party’s record on Brexit and Ireland’s fast growing economy against a struggling public services and a high cost of living, particularly in housing.

The Sunday Times/Behaviour & Attitudes poll had put the two dominant parties of Irish politics level on 27% heading into the contest but the poll on Sunday showed Fine Gael plummeting to 20% while its centrist rival jumped to 32%, up five points on a month ago.

The survey of almost 1,000 eligible Irish voters was conducted between Jan. 2 and 14, the day Varadkar called the election. It marked Fine Gael’s lowest rating in Behaviour & Attitudes nine years of polling, and Fianna Fail’s largest ever lead in the series.

The survey was carried out as the government came under strong criticism from opposition parties for planning a commemoration of the British police force that fought against Irish independence a century ago. It cancelled the event last week.

Other regular opinion polls conducted late last year suggested the two big parties, which have broadly similar policies on the economy and Brexit, were closely matched but that Fine Gael held a marginal lead.

If Sunday’s survey translated into votes on polling day, Fianna Fail would be approaching the percentage share of the vote where it could attempt to form a multi-party coalition with smaller parties rather than another “confidence and supply” deal.

Under such a cooperation deal, Fine Gael has led a minority government since 2016 with a handful of independent lawmakers and the backing of Fianna Fail from the opposition benches.

However the poll also suggested coalition options remained narrow with prospective partners the Greens up one point to 7%and Labour down two to 4%.

Sinn Fein, whom both of the main parties refuse to govern with, fell one percentage point to 19%. This left the former political wing of the Irish Republican Army (IRA) just one point behind Varadkar’s Fine Gael.