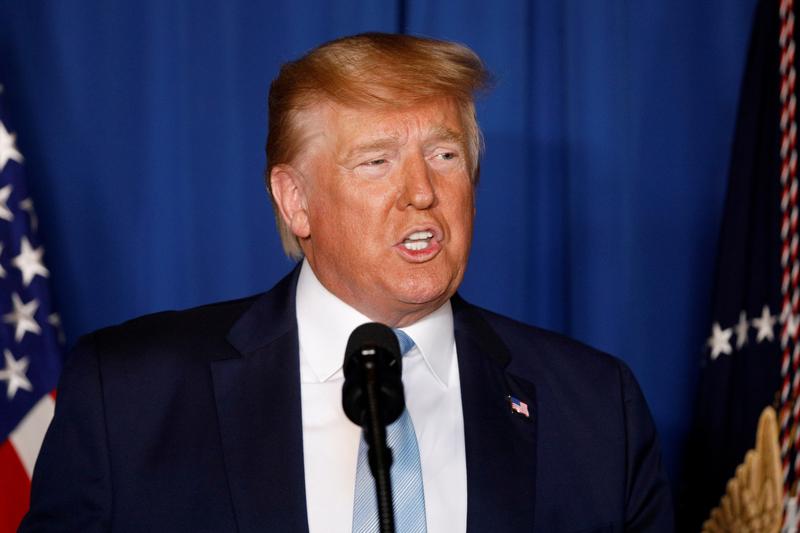 WASHINGTON (Reuters) – The Trump administration will unveil new regulations on Wednesday, which would limit the types of projects like highways and pipelines that require environmental review and no longer require federal agencies to weigh their climate impacts, sources familiar with the plan said.

The proposed overhaul will update how federal agencies implement the bedrock National Environmental Policy Act (NEPA), a law aimed at ensuring the government protects the environment when reviewing or making decisions about major projects, from building roads and bridges, cutting forests, expanding broadband to approving interstate pipelines like the Keystone XL.

The White House Council on Environmental Quality is expected to announce that federal agencies will not be required to consider “cumulative” climate change impacts when considering federal projects, said two people familiar with the CEQ rulemaking.

The CEQ is also expected to limit the scope of projects that would trigger stringent environmental reviews called environmental impact studies, expand the number of project categories that can be excluded from NEPA reviews and allow companies or project developers to conduct their own environmental assessments, the sources said.

In a memorandum commemorating the 50th anniversary of the signing of NEPA on Jan. 1, President Donald Trump, who has been a vocal critic of regulations as a commercial real estate developer, said the upcoming NEPA overhaul will speed up permit approvals for “project sponsors and ordinary Americans.”

“CEQ has conducted a thorough review of its NEPA implementing regulations and will soon issue a proposal to update those regulations to address the many concerns my Administration has heard from hardworking Americans, small businesses, and State and local officials,” Trump said.

In November, over 30 of the country’s biggest industry groups here ranging from the Chamber of Commerce to the American Petroleum Institute called on CEQ to hurry the release of the NEPA “modernization,” saying it was long overdue.

Environmental groups are concerned that by weakening NEPA implementation, the United States will lose a significant tool to combat and guard against climate change impacts and allow companies to harm local communities with less scrutiny.

Christy Goldfuss, former chair of the CEQ between 2015 and 2017, said the Trump proposal would cause lasting damage.

She said environmental groups have successfully blocked or delayed a dozen big polluting projects in courts by arguing that Trump agencies failed to weigh climate impacts in their reviews, a requirement created under the Obama administration.

“This proposal is really about trying to remove that barrier of the courts,” she said.