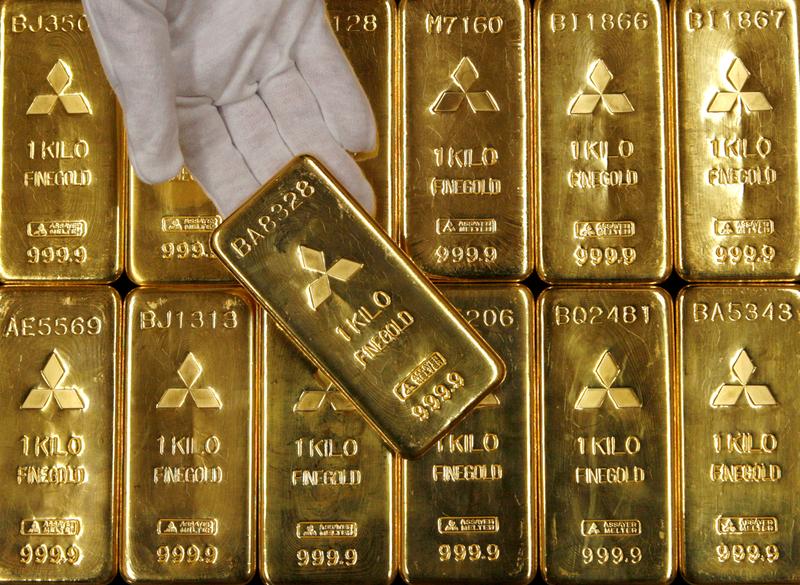 LONDON (Reuters) – Tensions in the Middle East after the killing of a top Iranian general by the United States erased new year gains for a gauge of world shares on Monday as investors pushed safe-haven gold to a seven-year high, and oil jumped to its highest since September.

The United States detected a heightened state of alert by Iran’s missile forces, as President Donald Trump warned the U.S. would strike back, “perhaps in a disproportionate manner”, if Iran attacked any American person or target.

Iraq’s parliament on Sunday recommended all foreign troops be ordered out of the country after the U.S. killing of the Iranian military commander and an Iraqi militia leader in a drone strike on a convoy at Baghdad airport.

European shares extended losses and were set for their worst day in a week, with the pan-European STOXX 600 index down 1.12% by 0838 GMT. The European oil and gas stock index .SXEP rose about 0.74% and was the sole gainer among its peers, hitting its highest since July. [.EU]

“Geopolitical events by their nature are unpredictable, but previous periods of increased tensions suggest that the impact on wider markets tends to be short-lived, with more lasting effects confined to local markets,” said Mark Haefele, chief investment officer at UBS Global Wealth Management.

“In general, this supports holding a diversified portfolio.”

MSCI’s All-Country World Index .MIWD00000PUS, which tracks shares in 47 countries, was down 0.43%, erasing all its new year gains in its biggest two-day fall since early December.

Chinese shares, which had opened in the red, reversed their losses, as did Australian shares which ended the day flat. Hong Kong’s Hang Seng index .HSI lost 0.8%.

Sovereign bonds benefited from the safety bid with yields on 10-year Treasuries US10YT=RR down at 1.7725% having fallen 10 basis points on Friday.

The yen remained the favoured safe haven among currencies thanks to Japan’s massive holdings of foreign assets. Investors assume Japanese funds would repatriate their money during a true global crisis, pushing the yen higher.

“Iran is almost certainly to respond in some scale, scope and magnitude,” said Lee Hardman, currency analyst at MUFG.

The dollar was steadier against other majors, with the euro a tad firmer at $1.1172 EUR=. Against a basket of currencies, the dollar was holding at 96.839 .DXY.

The risk sensitive currencies of Australia AUD=D3 and New Zealand NZD=D3 were on track for their fourth straight session of losses. [AUD/]

Reporting by Ritvik Carvalho; additional reporting by Olga Cotaga in London and Wayne Cole and Swati Pandey in Sydney, editing by Ed Osmond