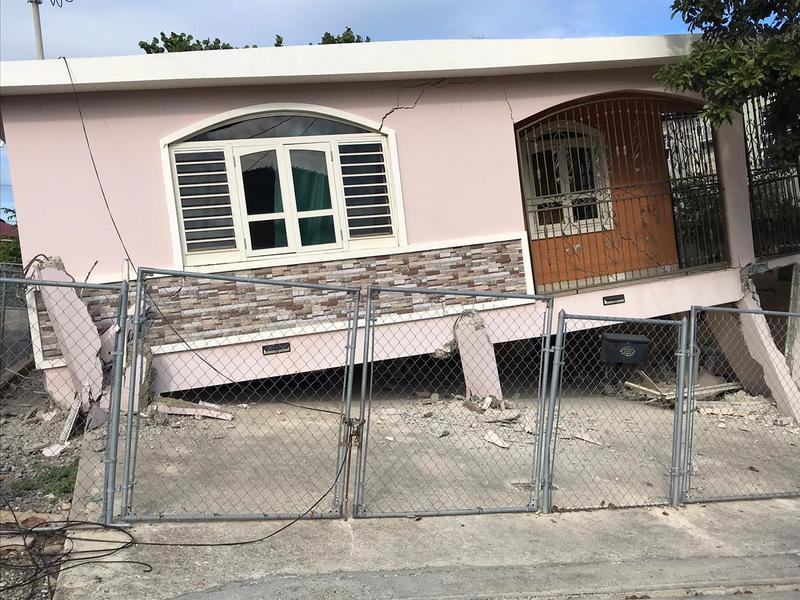 A house is seen collapsed on its foundation after an earthquake in Guanica, Puerto Rico January 6, 2020. REUTERS/Ricardo Ortiz

(Reuters) – A 5.8-magnitude earthquake off the southern coast of Puerto Rico on Monday damaged homes and destroyed a rock formation on a beach that had been a tourist attraction, but there were no reports of injuries.

The quake was shallow at 3.7 miles (6 km) beneath the surface with an epicenter 8 miles (13 km) south-southeast of Indios, the U.S. Geological Survey said, enough to rattle the southwestern corner of the Caribbean island.

It was the largest in a series of quakes that have struck the area over the past two weeks.

Several homes were knocked off their pillars in the towns of Guanica and Guayanilla. Television images showed a number of elevated homes that crushed vehicles parked beneath the main floor.

U.S. Senator Marco Rubio of Florida said his office would be in contact with local and federal authorities to determine if government aid was needed for the U.S. territory.

Puerto Rico Governor Wanda Vazquez said she convened a meeting of her security team, which was assessing the damage.

Guayanilla also lost a tourist attraction called the Window of the Caribbean, a rock formation jutting into the sea that formerly featured a doughnut-like hole that provided a frame for the seascape behind it. With the quake, the top layer of rock and earth fell into the water.

The top of the frame had been subjected to partial collapse with the recent temblors and finally gave way with Monday’s quake, Telemundo Puerto Rico television reported.