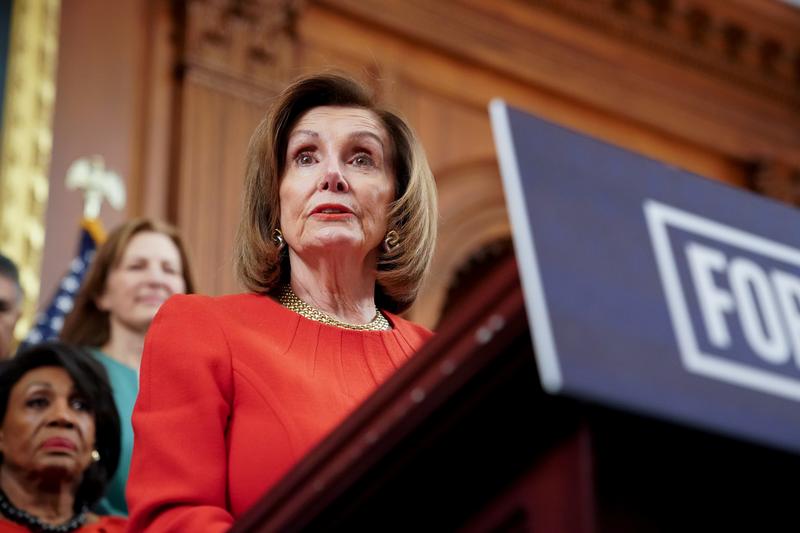 FILE PHOTO: Speaker of the House Nancy Pelosi, joined by fellow Democrats, speaks during a news conference about legislation the House has passed at the Capitol in Washington, U.S., December 19, 2019. REUTERS/Erin Scott

“This resolution is similar to the resolution introduced by Senator Tim Kaine in the Senate,” Pelosi said in a statement late on Sunday.

“It reasserts Congress’s long-established oversight responsibilities by mandating that if no further Congressional action is taken, the Administration’s military hostilities with regard to Iran cease within 30 days.”

The resolution is likely to win approval in the Democratic-led House, but prospects for passage are less certain in the Senate, which is controlled by Trump’s fellow Republicans, many of whom have said they support the president’s action on Iran.

Iraq’s parliament called for U.S. and other foreign troops to leave as the backlash against the U.S. killing on Friday of a top Iranian general grew, and Trump doubled down on threats to target Iranian cultural sites if Iran retaliates.

Trump also threatened sanctions against Iraq and said that if U.S. troops were required to leave, Iraq’s government would have to pay Washington for the cost of a “very extraordinarily expensive” air base there.