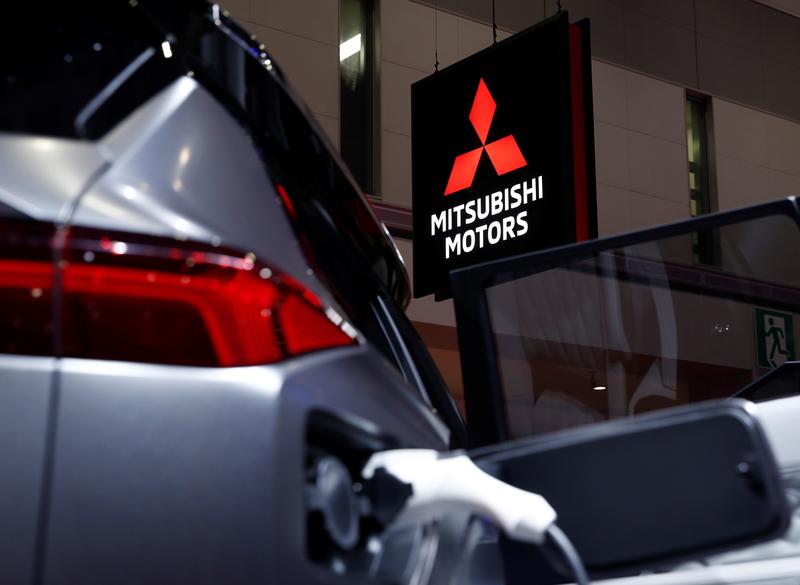 FILE PHOTO: A Mitsubishi signage is pictured next to a Mitsubishi electric car at the Tokyo Motor Show, in Tokyo, Japan October 24, 2019. REUTERS/Edgar Su

The first Japanese auto manufacturer to join a platform like Otonomo’s, Mitsubishi Motors will get access to a network of some 100 retailers, insurers and others who will pay for the data and provide revenue-generating services such as parking apps, on-demand car washing and subscription-based refueling.

The initiative will roll out this year in the United States and Europe, with Japan following later, the companies said. They did not disclose the financial terms of the deal.

The Japanese have lagged in providing connected-car services, with just 30 percent of vehicles sold last year equipped with embedded connectivity, compared with more than half in the United States and Europe, according to consultancy SBD Automotive.

It could be a costly missed opportunity. McKinsey & Co. predicts the market for in-vehicle data will swell to as much as $750 billion by 2030.

“It is about understanding customer behaviors: how they use their cars and how they maintain them,” Mo Al-Bodour, a Detroit-based analyst at SBD, said by email.

“This has implications that range from current customer relationships to how future products should be designed.”

Other Japanese manufacturers have so far focused on building their own platforms.

Toyota has a subscription-based service called T-Connect, which offers things like real-time traffic information and links to a human operator for help with restaurant booking or getting assistance in the event of an accident.

Honda has developed a similar offering called Honda Connected, but it has partnered with Alibaba in China to develop connected services specific to that market.

What Otonomo offers is a way to scrub and standardize the data coming out of the vehicles and ensure its use conforms to the privacy laws of each region.

The four-year-old, Tel Aviv-based startup also has partnerships with Daimler and BMW. It expects to announce more tie-ups with car makers later this year, co-founder and CEO Ben Volkow said by email.