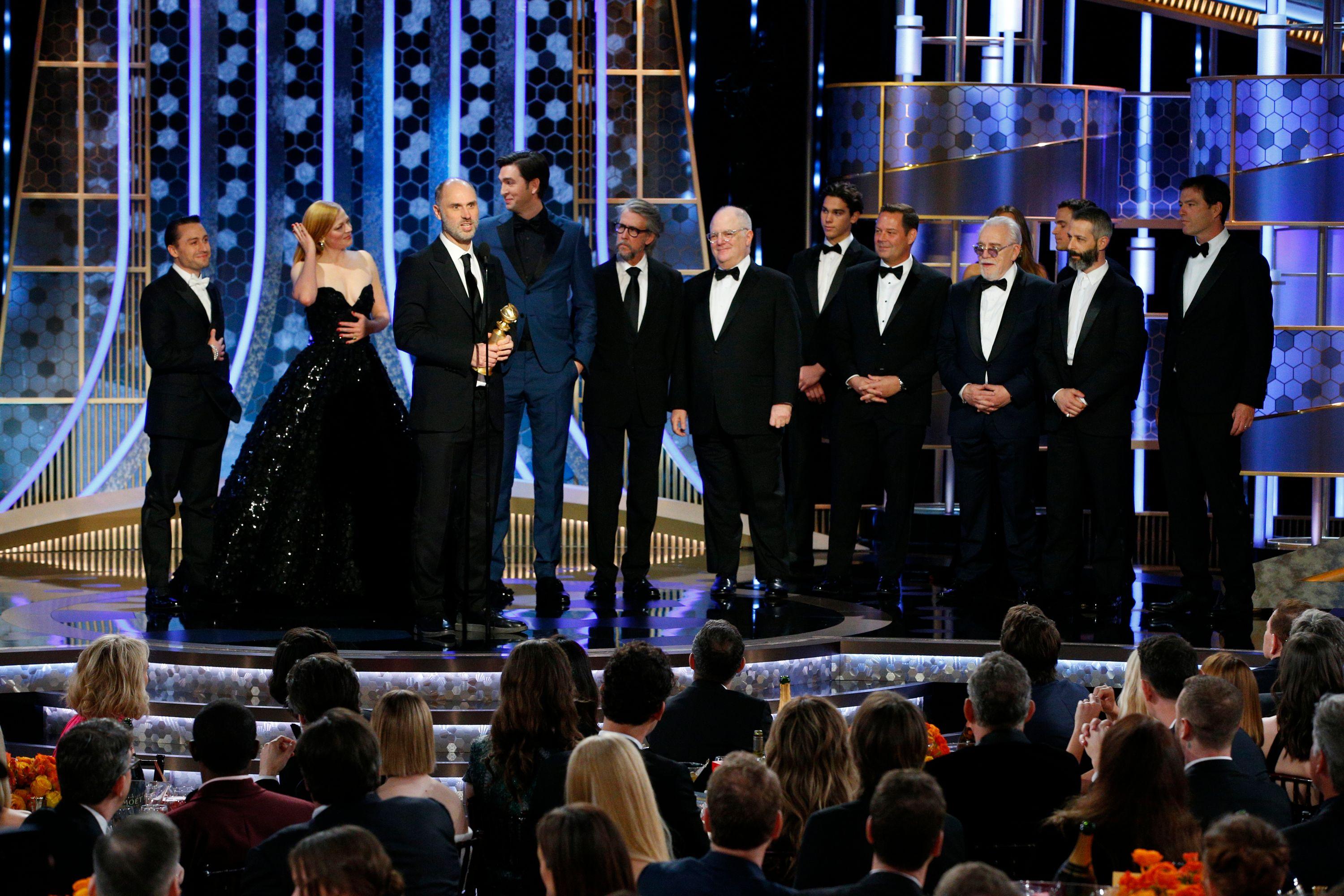 On the movie side, British director Sam Mendes was the upset best director winner for his immersive First World War movie “1917.”

“That is a big surprise,” said Mendes, who beat Martin Scorsese and Quentin Tarantino.

However, Tarantino took home the Golden Globe for the screenplay of his love letter to the industry, “Once Upon a Time in Hollywood.”

Netflix’s wrenching “Marriage Story” and its costly gangster epic “The Irishman” lead the movie drama nominations. Sunday. “1917” and religious biography “The Two Popes” round out the movie drama contenders.

A win in the best movie drama or comedy/musical fields, to be announced at the end of the evening, by Netflix would mark the biggest Hollywood breakthrough so far by streaming services that have revolutionized the entertainment industry.

Gervais, hosting the awards ceremony for a fifth time, threw caution to the wind with expletives and jokes that drew mostly nervous laughter in the room of A-list celebrities.

The comedian quipped that many actors had abandoned traditional television networks and movie studios for streaming services like Netflix, Disney Plus, Amazon Studios and Apple TV+.

The remainder opted for superhero movies, he said. “Their job isn’t acting anymore. Their job is going to the gym twice a day and taking steroids,” he joked.

Gervais noted that the room was packed with entertainment executives “They are all terrified of Ronan Farrow. He’s coming for you,” he said, referring to the American journalist whose reports helped fuel the sexual misconduct scandal that has swept Hollywood over the past two years.

Others, including an absent winner Russell Crowe, had their minds on the devastating bush fires in Australia. Patricia Arquette, winning for limited TV series “The Act,” expressed fears over heightened tension in the Middle East following the U.S. killing of Iranian military leader Qassem Soleimani.

Ellen DeGeneres and Tom Hanks were both given lifetime achievement awards for their long careers on television and in the movies.