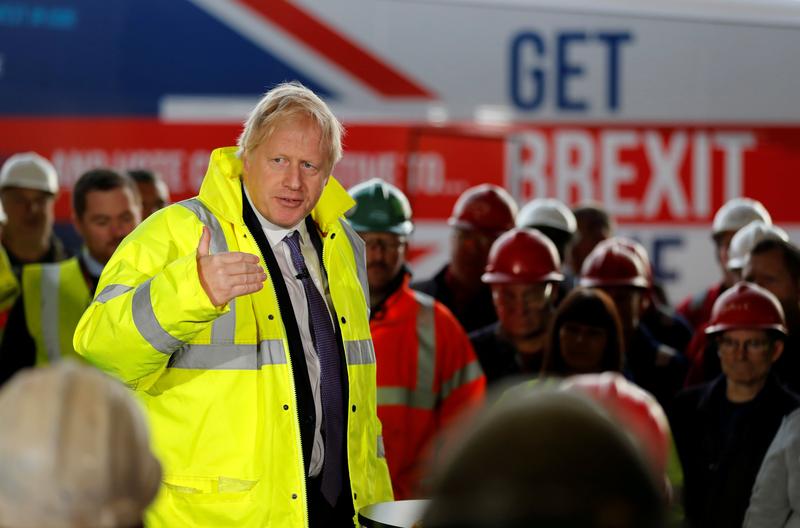 The overall PMI in December improved to 50.0 from a preliminary “flash” reading for the month – based on responses before the election – of 49.0. It was also higher than November’s 49.3.

Still, the index has not exceeded the 50 threshold denoting growth since August – the longest run below that mark since 2009 – and survey compiler IHS Markit said its readings were consistent with no growth in the economy in the fourth quarter.

Investors are watching for early signs of the impact of Johnson’s emphatic victory in the Dec. 12 election when he defeated the opposition Labour Party under left-wing leader Jeremy Corbyn.

“The modest rebound in new work provides another signal that business conditions should begin to improve in the coming months, helped by a boost to business sentiment from greater Brexit clarity and a more predictable political landscape,” said Tim Moore, economics associate director at IHS Markit.

Johnson’s success in winning a large parliamentary majority means Britain is on course to leave the European Union on Jan. 31 and start an 11-month, no-change transition period.

But some businesses are worried that Johnson’s refusal to contemplate asking for an extension to the transition, even if Britain has not sealed a new trade deal with the EU before the end of the year, risks creating another Brexit “cliff edge.”

The composite PMI, which combines the services and manufacturing output indexes, held at 49.3 in December, matching September’s 38-month low, but better than the preliminary estimate of 48.5.