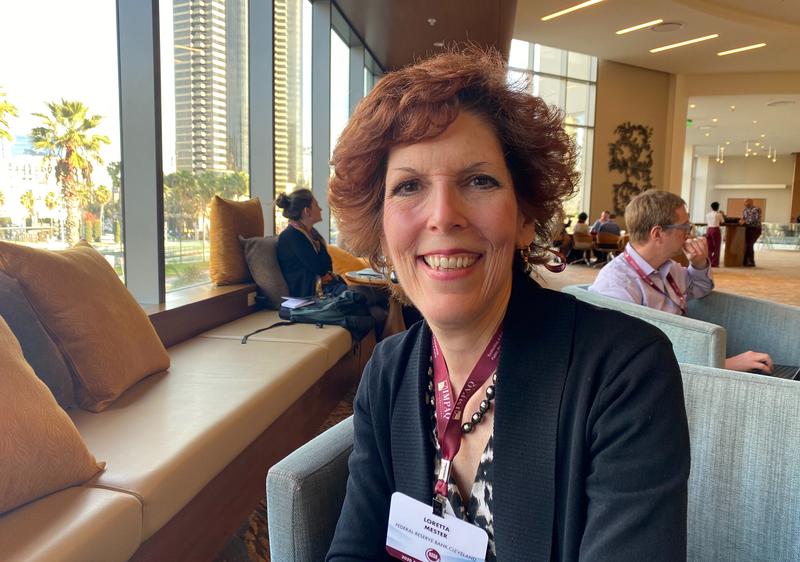 SAN DIEGO (Reuters) – Cleveland Federal Reserve Bank President Loretta Mester, among the Fed policymakers most concerned that easy monetary policy would risk excessive inflation, said on Friday she has put those fears to rest for now and is willing to leave rates at their current level absent some substantial change in the economy.

Her comments in an interview with Reuters on the sidelines of the American Economic Association conference suggest how firmly the Fed is anchored to its current setting for overnight interest rates, fixed in a range of between 1.5% and 1.75% after three rate cuts last year.

Advocates for even deeper rate reductions now agree the current setting is helping the economy enough that the Fed can stand pat while Mester and others who worried that lower rates might court faster inflation or risky lending have concluded that at this point there is little cause for concern.

“I have been kind of forecasting inflation to go up to 2% for quite a while and we have been undershooting,” said Mester, who assumes a voting role this year on the Fed’s policy-setting committee.

Mester, who was skeptical last year that rate cuts were needed, said, “I think we are really well calibrated now.” A rate increase would not be needed, “until I see either financial stability issues looming or some indication that inflation is going to pick up strongly. I don’t see that now and it is not in my forecast.”

Fed policymakers through much of last year were divided among those who wanted to cut rates fast and deep in response to what they saw as rising recession risks, and those who felt cutting rates at a time of historically low unemployment was a recipe for trouble.

Over that same time, inflation remained weak and concern grew that inflation expectations — a key determinant of the future pace of price increases — might be drifting lower, an echo of the troubles Japan and Europe have had with weak price increases.

Mester said she now feels that a further drop in inflation is a bigger risk than an unexpected jump in prices, and is prepared to keep policy looser for longer.

“Keeping your policy path more accommodative … is appropriate,” she said. Inflation “a little bit above 2% does not bother me.”