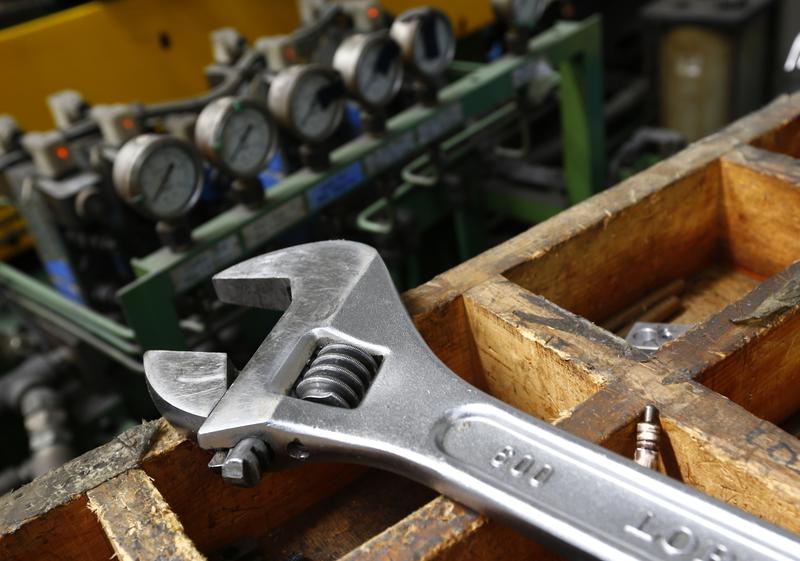 FILE PHOTO: A wrench lies on a workbench at manufacturing firm Sigma UK in Hinckley, central England, May 1, 2013. REUTERS/Darren Staples

LONDON (Reuters) – Small British manufacturing firms are their most pessimistic since just after the Brexit referendum in 2016 as they face political uncertainty at home and trade wars abroad, according to a survey published on Wednesday.

“Firms are caught between the perfect storm of perennial Brexit uncertainty at home, and sluggish growth in the global economy,” Alpesh Paleja, the CBI’s lead economist, said.

“As well as hitting output, orders and hiring, these issues are depressing investment plans across the board.”

Whichever political party wins Britain’s Dec. 12 national election ensure the country leaves the European Union with a transition deal and then push ahead with negotiations for a new, long-term trade relationship with the bloc, he said.

Britain’s economy shrank in the second quarter of 2019 but is widely expected to have shown some growth in the July-September period, thus avoiding a recession.

As well as Brexit, British manufacturers are facing up to a slowdown in the global economy caused by trade tensions between the United States and China.