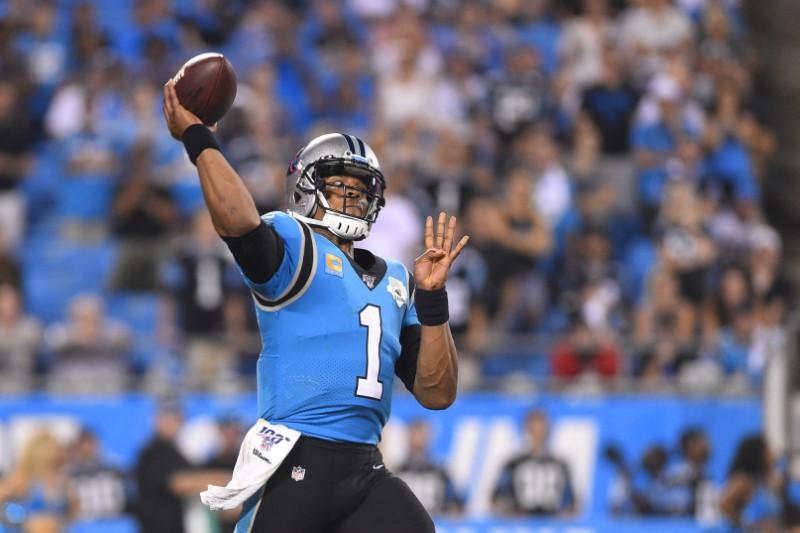 The ongoing saga regarding the foot injury of Carolina Panthers quarterback Cam Newton has ended, with the veteran going on injured reserve to end his 2019 season.

“For the past seven weeks, Cam has diligently followed a program of rest and rehab and still is experiencing pain in his foot,” Panthers general manager Marty Hurney said in a statement Tuesday. “He saw two foot specialists last week who agreed that he should continue that path prescribed by the team’s medical staff, and that it likely will take significant time for the injury to fully heal.”

Newton, 30, played in just two games this season, both defeats, and has not seen action since Sept. 12. The Panthers are 5-1 since then with Kyle Allen at quarterback.

The official diagnosis was a Lisfranc injury to the left foot, and surgery had not been recommended for Newton as of this past weekend, according to multiple reports.

Foles has been out since breaking his left collarbone in the season opener, and he underwent surgery to install a plate and screws. He will return Nov. 17 when the Jaguars play at the Indianapolis Colts in Week 11.

Foles’ replacement, rookie Gardner Minshew II, played well enough that Foles’ return to the starting lineup wasn’t a given. Marrone informed the quarterbacks and then the rest of the team Tuesday morning.

The Athletic reported Monday that the move was a possibility, and Spanos told the outlet that wasn’t happening. On Tuesday, he was more vehement in his feelings.

“It’s total f—ing bull—. We’re not going to London. We’re not going anywhere. We’re playing in Los Angeles. This is our home, and this is where we are planning to be for a long f—ing time. Period,” Spanos told local beat reporters.

—Minnesota Vikings wide receiver Adam Thielen is not expected to play Sunday against the Dallas Cowboys because of a strained hamstring, according to NFL Network.

Thielen missed the Vikings’ Oct. 24 victory over the Washington Redskins with the same injury, and returned this past weekend against the Kansas City Chiefs. But the sixth-year wideout played just seven snaps before leaving the Chiefs game for good.

Butler broke his wrist and may undergo surgery, according to multiple reports. The team has not revealed the diagnosis.

—The New York Jets promoted running back Josh Adams to the active roster. According to multiple reports, the move was made to prevent another team from signing Adams off their practice squad, and it doesn’t necessarily signal any concern over the health of Le’Veon Bell.

Bell sustained a knee injury Sunday that led to him getting an MRI exam on Monday. On Tuesday, Jets head coach Adam Gase said Bell wouldn’t practice on Wednesday, but ESPN’s Adam Schefter on Tuesday tweeted that a source told him Bell is “good.”

—Oakland Raiders defensive end Arden Key is likely out for the remainder of the season after his injury in Sunday’s victory over the Detroit Lions was diagnosed as a broken foot, NFL Network’s Ian Rapoport reported.

Key, who has been the main backup to rookie Clelin Ferrell, has two sacks on the season, with one in each of the past two games.

—The Buffalo Bills signed free agent defensive tackle Corey Liuget to a one-year contract. The 6-foot-2, 300-pounder was recently released by the Oakland Raiders, for whom he had three tackles in three games.

Buffalo is hoping the 29-year-old can provide a boost to the run defense that ranks 19th in the NFL, allowing 111.6 yards per game. He worked out for the Bills on Monday and has been known as a run-stopper throughout his career.

The fourth-year player, who was claimed off waivers by the Browns last season, went on a rant late Sunday that included threatening and profanity-filled comments which cost him his job when Cleveland released him.