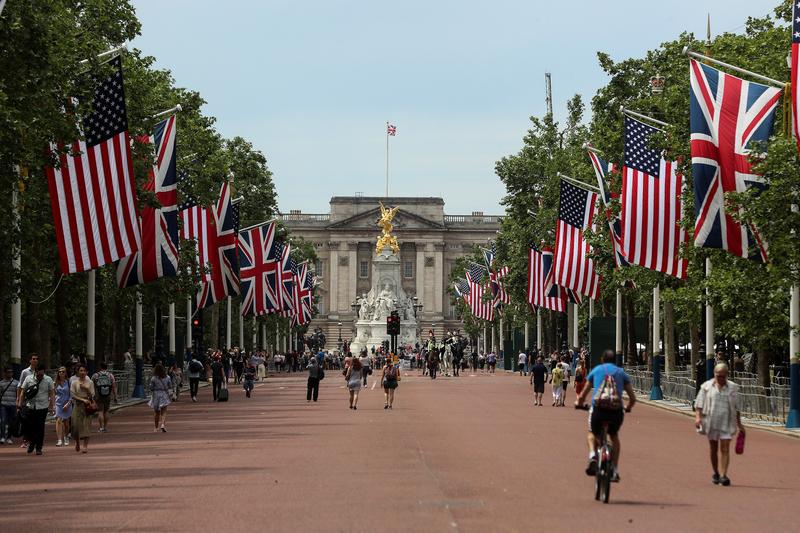 LONDON (Reuters) – The United States has pushed past Germany and France as the most common trading partner for British businesses, and looks set to keep this position after Britain leaves the European Union, according to an annual survey by HSBC.

The proportion of British businesses naming Germany or France as one of their top three export destinations has almost halved over the past year, a period of political and economic uncertainty when Brexit was delayed three times.

“Although the future of Brexit remains unclear, we are seeing that businesses are thinking beyond traditional markets in the EU,” Ian Tandy, head of global trade finance at HSBC UK, said on Tuesday.

Under Prime Minister Boris Johnson’s latest Brexit deal – which he hopes to get through parliament if he wins an early election on Dec. 12 – British exporters will almost certainly face greater barriers to sales in Europe than at present.

However, Johnson and other Brexit supporters hope that being outside the EU will make it easier to strike trade deals with the United States and other economies.

In the HSBC figures, 24% of British businesses named the United States as one of their top three trading partners, down from 29% in 2018.

But there was a much sharper fall for Germany and France, dropping by almost half to 16% and 15%, losing their first and joint-second spots respectively.

Overall, the survey of more than 1,000 British-based businesses presents a brighter picture for exports than a number of other recent studies of business sentiment, which have shown Brexit and the U.S.-China trade conflict badly hurting morale.

Some 86% of British businesses surveyed for HSBC in August and September said they were positive about the outlook for trade, up from 74% in 2018.

“This is surprising, and a testament to the resilience of the business community,” Tandy said.

The European Union as a whole is by far the largest market for British exports of goods and services, accounting for 291 billion pounds of overseas sales in 2018, according to official data, while the United States was the biggest single country, receiving 121 billion pounds of exports.

Germany, the Netherlands, France and Ireland followed in the official rankings.

In terms of where firms see scope for export growth, the United States remained in the top spot, named by 22% of firms, followed by France, Canada and Germany.